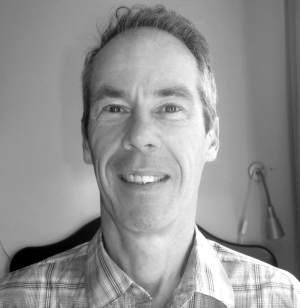 By Gerry Heery, author of Equipping Young People to Choose Non-Violence: A Violence Reduction Programme to Understand Violence, Its Effects, Where it Comes From and How to Prevent It.

Where does one start when talking about violence? I was fortunate to grow up in a family where violence was not present. However, from an early age I experienced and witnessed a range of violent experiences mostly related to the communal and political unrest which took place in Northern Ireland. I was subjected to several attacks. My family were forced to leave our family home when I was 14 years of age. The first seven years of my married life was spent living in an area where communal conflict occurred and several of our neighbours were murdered. My home, along with the seven other neighbouring houses have now all been demolished and replaced by a ‘peace’ wall which looms high as a barrier dividing the community. I have learned that violence is an immensely complex phenomenon and anyone is capable of using it.

As a social worker and probation officer I also came into professional contact with other various forms of violence occurring within relationships, families and communities. I became particularly interested in violence within close intimate relationships and families and the devastating effects this could often have on the victims or those who happened to witness it. I always remember my son’s nursery school teacher pointing to the young three year old child who was behaving aggressively towards others and wondering out loud as to what in God’s name must that young child be seeing at home? I became involved in developing and delivering interventions for adults aimed at helping them to address their use of violence and I continue to do this work.

It was then with some trepidation that I accepted the challenge to help develop a ‘violence’ programme aimed specifically at young people. Such violence is multi-faceted and complex. For some it may be a way of dealing with conflict and frustration they have seen modelled at home or as part of a gang culture. For others it may be an ‘enjoyable’ part of their social activity, associated with the use of alcohol or drugs, and it may also be linked to prejudices against particular groups in society. We see these and other elements acted out within families, on the street, in gangs and, for example, in the recent riots in various English cities.

The continued need for comprehensive and co-ordinated policies to address the disadvantaged and troubled familial, social and cultural experiences of many young people will always be critical in dealing with many aspects of societal violence. To expect individual young people to be able to always choose ‘non-violent’ approaches just through individual work without cognisance being given to the bigger picture of their lives is unrealistic.

Nevertheless, and despite the above, I believe there is always a place for engaging in an individual way with the young person. Retuning to my own experiences in Northern Ireland, one of my heroes was the Nobel Laureate John Hume who constantly sought dialogue with those who felt that there was no option other than violence and who, ultimately, was able to persuade many people that there were other ways. In one sense, this programme offers a vehicle for a conversation with the individual young person, a space in which to try and connect with the him or her and get a sense of what their violence is about and the possibility of choosing non-violent options. The Youth Justice Agency of Northern Ireland have piloted and continue to use the programme. The agency which bases its approach on restorative principles wanted to have something with which to specifically engage with young people whose use of violent behaviour was causing problems. It is with this support that I have been encouraged to publish the programme as a resource which may also be useful to others working with youth. This is done very much in the spirit of take what helps and use in your own way, but also does offer a structured focused intervention if that was felt to be needed.