Bestselling author of No Matter What and The Unofficial Guide to Adoptive Parenting, Sally Donovan tells us a little bit about what inspired her to write Billy Bramble and the Great Big Cook Off. 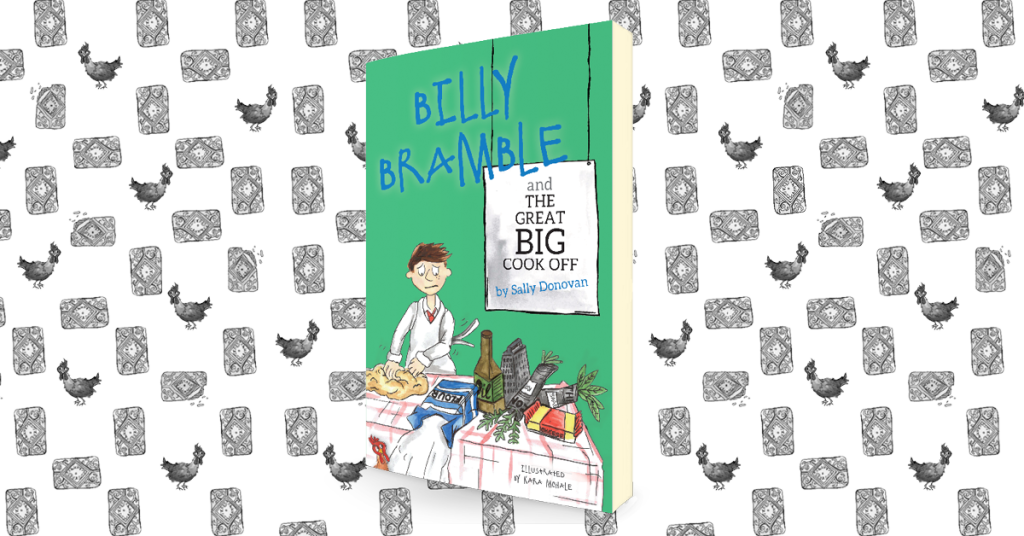 Like the dutiful parent I try to be, I‘ve spent hours reading to and with our two children. We enthusiastically consumed favourites like Peace at Last, Hairy MacClary from 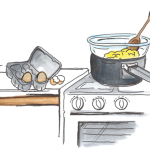 Donaldson’s Dairy and the Mr Gum series but hit a block as they grew up and fiction appropriate to their reading ages became denser and darker.  I tried out different texts but it was only when I attempted to read Lemony Snicket to two fidgety, dysregulated children that the penny rather belatedly dropped; the story and the characters in it were far too close for comfort.

Then I remembered bailing out of a Peter Pan pantomime and the fallout after a school trip to the cinema to see The Bridge to Terabithia and it all made sense.

Since my realisation I’ve heard of many children for whom the giants of popular fiction such as the Lemony Snicket and Harry Potter series are problematic. Reading fiction is about immersing ourselves in a fantasy world, albeit from the safety and security of our real worlds. Children who have experienced trauma and loss do not have the luxury of a psychologically or maybe even a physically safe base from which to explore dark fantasy worlds. The sorts of adults and loss that populate novels like Lemony Snicket are unfortunately for some children, part of their reality, not their fantasy. 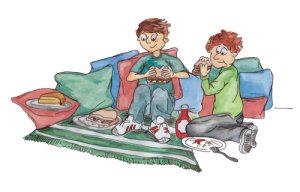 Billy Bramble’s world is not straightforward or trouble-free, but it plays out within the safe base of his family and others around him and much of the peril takes place ‘off screen’. We don’t know what has brought Billy and his fierce and troublesome imaginary dog to the point at which we meet them, but it is clear he struggles more than most of his peers. And like many children with complex backgrounds he is perceived by some of the adults around him as being naughty, even describing himself at one point as being ‘full of badness’. His redemption begins once he starts to feel accepted and sees those around him choosing and enjoying his company. 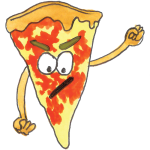 The novel is built around Billy’s voice and in order to get it right I’ve spent time immersing myself in the voices of children who don’t quite fit in, particularly those who find themselves on the fringes. I was and am constantly struck by their perceptiveness and humour. This is what I’ve drawn on to create the character of Billy Bramble.

For all the serious thought that has gone into writing Billy Bramble and the Great Big Cook Off, it has been a joy to work on and I hope a joy to read. I’ve had fun creating the characters around Billy, including his pets; Hungry Bungry the cat and Facebook his chicken. Most of all I’ve enjoyed developing Billy’s take on the world. Like many children who have experienced adversity he isn’t easily fooled or patronized. He expresses himself directly and courageously at times and can say things that I would never dare to. 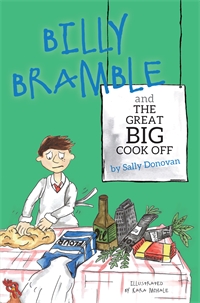 Billy Bramble and the Great Big Cook Off

‘Brilliant and thoughtful insight into the mind of an eleven year old and the wonderful power of cooking.’
– Lorraine Pascale, TV Chef and Fostering Ambassador

Sally Donovan is a writer, blogger and commentator on parenting and adoption. She has been awarded British Society of Magazine Editors Business Columnist of the Year, Professional Publishing Association Business Media Columnist of the year and is also author of the classic memoir No Matter What: An Adoptive Family’s Story of Hope, Love and Healing and The Unofficial Guide to Adoptive Parenting: The Small Stuff, The Big Stuff and The Stuff In Between, both published by Jessica Kingsley Publishers.

Kara McHale is a graphic designer and illustrator. She is a proud Northerner, now living in London. Kara has always loved to draw and paint and even won a drawing competition when she was eight years old. She studied fine art and graphic design at university and now never has to get a proper job because she gets paid to design cool things and draw pretty pictures.

If you would like to read more articles from Sally and hear the latest news and offers on our books about child trauma, why not join our mailing list? We can send information by email or post as you prefer, and please also tell us about your areas of interest so we can send the most relevant information. You can unsubscribe at any time.