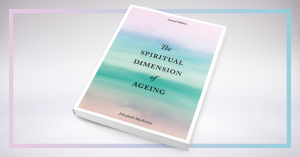 “Many of us have the potential to live out their later years with hope, resilience and growing into fullness of life, coming to new realisations of what it means to grow old in the twenty-first century.”

Elizabeth MacKinlay is a registered nurse, an Anglican priest and Professor in the School of Theology, Charles Sturt University. Here she discusses changes in the field of ageing and spirituality since the first edition of her book ‘The Spiritual Dimension of Ageing‘ was published in 2001. The updated second edition of this seminal text was published by Jessica Kingsley Publishers in February 2017.

The first edition of my book The Spiritual Dimension of Ageing was published in 2001 and since then we have continued to learn so much more about ageing and spirituality. What really started my interest in this field, both as nurse and priest, was the question of why, given the same medical diagnosis, two different patients could have very different outcomes, even with the same medical treatment. There seemed to be ‘something more’ that we needed to understand.
This continuing search has led to a number of studies since then and much listening to older people. The crucial factor in the different outcomes for those living with the same diagnosis often seemed to come back to matters of meaning and hope, which for me are strongly linked to the spiritual dimension, to the very depths of our being.

When I was researching for and writing the first edition of this book I was really seeing ageing from the outside. I was listening intently to the stories of people who were growing older, wanting to know what the actual experience was like. I was particularly interested in knowing how people saw meaning in life and the way they lived out spirituality in these later years.

Now that I have written a second edition of the book, two things in particular have happened. First, I am 16 years older, and I am seeing ageing from the inside, and secondly, a new cohort of people are moving into their later years: the baby boomers. The book had to include something about how baby boomers are experiencing, and expect to experience their later years of life. What do they look forward to? What kind of experiences do they think they will have? How do they think they will deal with the challenges of growing older? How will their experiences and challenges be the same or different from the previous cohort of older people?

This second edition contains the words of the older people from my early studies and the words from baby boomers as they begin their journey into this later part of life. At this stage they are still in the third age of life, but they are thinking a great deal about what lies before them and how they want to grow older.

People we spoke to at the time of the first edition were living independently back in the mid to late 1990s, and now some of them have died, while others are very much into their later years and the fourth age. I have not been able to go back to re-interview the people from my first study, but some of them did keep in contact with me for a number of years since then. Only about a year ago I received a letter from the daughter of one of the women from my original study (20 years since I first met her mother). The daughter was going through her mother’s papers and found a list of people who needed to be contacted when the mother died – I was on that list. The daughter wrote a lovely letter to me. In many ways, I felt that I already knew the daughter from the stories that the mother had shared over the years that I knew her.

This second edition of the book does not cover the kinds of things that you find in a lot of books about ageing, for example, about physical ageing and financial management, but its focus is on where older people find meaning in life. What does the spiritual dimension look like? Is religion important to all? Or, is it for only some older people?  And, importantly, how do baby boomers understand their own spirituality as they grow older?

Many of us have the potential to live out their later years with hope, resilience and growing into fullness of life, coming to new realisations of what it means to grow old in the twenty-first century.

My hope is that you will find new ways of looking at the ageing process, using new lenses to see the possibilities of these added years of life and that this book will meet the needs for spiritual growth and journeying for older people and for those who provide care for others, no matter what their age.

Why not join our mailing list to receive your free copy of the upcoming Dementia catalogue 2017? Joining is easy and you may unsubscribe at any time. Follow the link here. We can send information by email or post as you prefer, and please also tell us about your areas of interest so we can send the most relevant information.