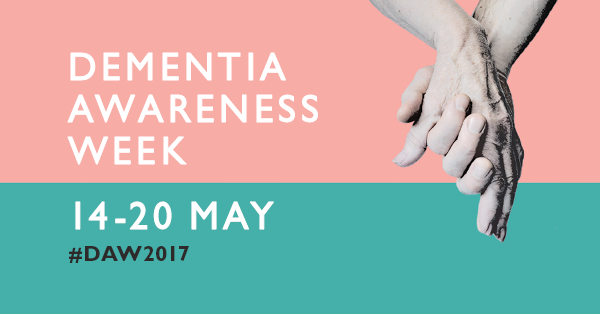 To mark JKP’s 30th anniversary year, Professor Dawn Brooker writes for us on the challenges and achievements of 30 years of dementia care. What has changed and what still remains to be done?

The field of dementia care has changed beyond recognition in the last 30 years. In part this has been driven by the sheer numbers of people whose lives are now affected by dementia. In 1987 dementia was a rare condition. It was barely spoken about in its own right but rather was seen as an insignificant part of older people’s psychiatric care. There had been a report published by the Health Advisory Service called “The Rising Tide” in 1982 which highlighted the rising numbers of people we should expect and called for “joint planning and provision of comprehensive services for the elderly mentally ill”. The predictions they made about numbers came true. The number of people with dementia in the UK is forecast to increase to over 1 million by 2025 and over 2 million by 2051. There are over 40,000 people with early-onset dementia (under 65) in the UK. Dementia impacts the whole family and society. A recent survey by Alzheimer’s Research UK showed that a 24.6 million people had a close family member or friend living with dementia. 1 in 3 babies born this year will develop dementia in their lifetime. Unfortunately, the strenuous suggestions the Health Advisory Service made about joined up comprehensive services to meet these growing needs have not yet materialised.

In 1987 I was working as the lead clinical psychologist in the NHS services for older people in Birmingham. Even the language then was radically different. My job title was the EMI (Elderly Mentally Infirm) Clinical Psychologist. My office was in a psychiatric hospital (the asylum) covering many long-stay wards which were mainly populated by elderly people. Some had lived all their lives in hospital having been admitted for being pregnant out of wedlock or for some other “misdemeanour”. Many patients that I saw in those early days had undergone hundreds of electric convulsive therapy treatments, brain surgery and prescribed mind-bending drugs.  There was little formal diagnosis of dementia. People were generally classified as senile. The ward that catered for people with advanced dementia and physical health problems was known as the “babies ward” by the nursing staff and known as “the non-ambulant dements ward” in official documents. This was 1987, not Victorian England.

My grandfather had dementia, although it was never called that of course. Pre-school, he was my constant companion. He had lots of love and time to spend on a boisterous but lonely little girl. He always called me Joan (my mum’s name) and would play endless rounds of “Pat a cake, pat a cake….”I loved him. When he died suddenly (probably of pneumonia I think now) all my aunties said it was a blessing – him being how he was. They obviously didn’t know how nice our life was! I was furious with them.

I have carried that sense of injustice with me for a long time and I know that it was shared by many others who found themselves working in health and social care in the 1980s. As a psychologist, however, I lacked any real theory to understand the needs of the people with advanced dementia. There were very few books and even fewer journals that carried anything of substance on dementia care. The emotional and psychological needs of people living with dementia simply were not considered. The overarching rhetoric was that dementia was the death that left the body behind and people were just an empty shell. In 1988 I heard a then unknown academic, called Tom Kitwood, speak at our annual Psychology Special Interest Group Conference. He spoke of malignant social psychology and dialectics of dementia. It was as if someone had shone a bright light on the lives of the people that I worked with day in day out. Myself and many others, heard Tom’s words and consumed a series of journal articles he produced over the next ten years. We saw for the first time what we could do to actually help people.

By 1993, I was still working in the NHS but I was much more focussed on shaping services as a whole to actually support people psychologically. I was now employed as the Quality Assurance Manager for the newly named Mental Health Services for Older Adults in Birmingham. Tom Kitwood trained 50 of our staff in the brand new person centred tool called Dementia Care Mapping and we had instituted an extensive person-centred quality improvement programme. We closed the old asylum and safely moved patients into community units utilising external advocacy services for all long-stay patients. Some had been in hospital for over 50 years. We had in-reach Community Mental Health Teams into all the care homes in the city which were then run by Local Authorities. Our NHS community-based Multi-Disciplinary Teams undertook assessment and treatment in people’s own homes in recognition that we needed to keep people out of hospital. There was fully integrated working between health and social services and I married a social worker to prove it!

We were full of hope for the future of community care. We thought that malignant social psychology would be eradicated along with the long stay wards. The drug donepezil was licensed for the symptomatic treatment of Alzheimer’s type of dementia in the mid-90s. This meant that the medical profession and pharmaceutical companies now had a clear role in the diagnosis and management of dementia. There was at last a hope that we would find a cure for dementia.

Unfortunately, milk and honey were not just around the corner for people with dementia and their families. The market economy of care (and the lack of dementia expertise in regulation and commissioning that mushroomed in its wake), the over-medicalisation of dementia, institutional ageism, therapeutic nihilism, targets, lack of professional accountability and asset stripping of services all took their toll. A particular low point was illustrated in the noughties with the terrible situation at the Mid Staffordshire NHS Trust as outlined in the Francis Report in 2013.

By far the biggest blessing is that people living with dementia are now speaking out with their own voices rather than being hidden away as having nothing to say. My friend, the late Peter Ashley, was one of the innovators in this country to speak out publically about his experience of living with dementia. He, and others who have followed, have captivated the public, professionals and politicians to help us all to better understand the emotional impact of life with dementia. He said,

Together with many others world-wide they have broken the stereotype of what someone with dementia “supposed” to be like. Having people who can talk directly from their experience is so important in combatting stigma and fear. It helps all of us not to fear the future so much. Their voices have led to the National Dementia Strategy, Dementia Action Alliance, PM Challenges and Dementia Friends initiatives. Dementia is spoken about at G7 events, the OECD, the World Health Organisation and the United Nations.

We have books, research and journals on areas of care and support that we never dreamt were possible 30 years ago. We have lots of evidence and knowledge about how to provide skilled person-centred care, support and assistance but there is still a disconnection about getting this into regular practice. This is a global challenge and demands a global response in the same way as finding a cure for dementia. The need for person-centred care will not be eliminated even if we find a good pharmaceutical solution.  The process of being diagnosed and being treated require high standards of care, now and into the future.

If you would like to read more articles like this, hear the latest news and offers on our Dementia books, why not join our mailing list? We can send information by email or post as you prefer, and please also tell us about your areas of interest so we can send the most relevant information. You can unsubscribe at any time.