Carlo Leget is Professor in Care Ethics and Endowed Professor of Spiritual and Ethical Questions in Palliative Care at the University of Humanistic Studies in Utrecht, Netherlands. His book Art of Living, Art of Dying is a contemporary guide for discussing end of life and existential questions. Here, he considers end of life issues in a hospice context and reflects on the importance of a model for enabling a ‘good death.’ 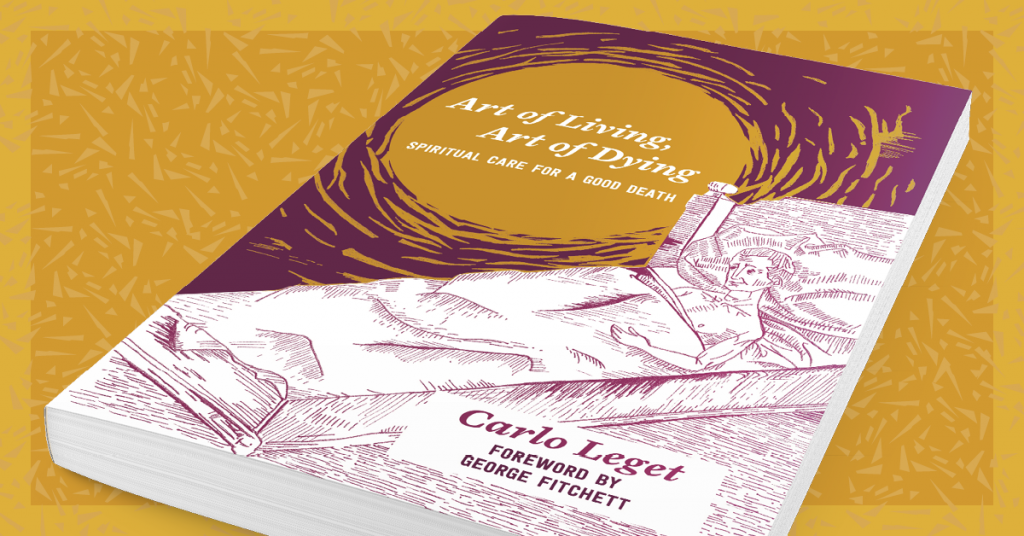 Some twenty years ago I entered the world of patients who are dying and their families. Until that time I had been studying theology, trying to find the meaning of life in conversation with the great minds of Western thought. I wrote a PhD thesis on the relation between life on earth and ‘life’ after death in the theology of Thomas Aquinas, and hoped to continue my work by building a bridge between the ancient wisdom of the Church and problems in contemporary health care.

The higher one’s ambitions are, the more one risks to lose. During my participatory observation as an auxiliary nurse, caring for dying patients and their families, I virtually did not find a single point of connection between my ambitions and everyday reality. The people who were cared for and died in the nursing homes I worked in, were hardly thinking about life after death. Even ethical issues about autonomy, non-maleficence and benevolence I had read so much about and which might work as a point of departure did not seem to play any role at all.

At the same time, dying at the end of the 20th century wasn’t easy at all, I discovered. People wrestled with questions like how to let go of the ones they loved, whether they should use the possibility to prolong life for a couple of weeks at the cost of more suffering, being torn between their own wishes and the loyalty to their family, or whether to address a big family secret that had been covered for many years.

Simultaneously, our cultural context had become one of neoliberalism in which patients were seen as isolated individuals who were supposed to manage their own death like small entrepreneurs making calculations about the best bargains and outcomes. Of course, I am overstating a bit here, but what struck me was the fact that on the one hand patients were seen as autonomous and free, whereas on the other hand there were strong cultural currents pushing patients in one direction rather than the other. It is like you are invited to swim in a calm lake, and once swimming you discover that the lake is part of a river with a strong current.

When we think of how to deal with pain and suffering, e.g., there was a general feeling that suffering has no use, and whether we end this suffering by pain medication, palliative sedation or physician assisted dying, is no big difference because the outcome is the same. Many people in my country feel what scenario is chosen should be up to the patient because it is his or her death. This is not the place to discuss whether palliative sedation or assisted dying are morally right or wrong. My point here is that the cultural framework already compromises freedom of choice by suggesting that 1) suffering makes no sense, 2) actions should be evaluated by their outcome, and 3) the individual patient’s wishes should be served.

Being confronted with contemporary end-of-life issues in the nursing home, and reflecting on the way palliative care was given there, it struck me that although the cultural framework had impact on the physical and psycho-social dimension of palliative care, especially the spiritual dimension was very poorly developed. But how could people really die well if there was no framework that supported them to make sense of what is happening to them?

Coming from the ivory tower of medieval theology and having landed onto the hard ground of everyday caring practice I felt it might make sense to let go of everything I had learned so far, and start anew, by observing how people tried to make the best of it instead of having all kind of expectations and ideas about good and bad. If I were to support people in their inner freedom, I should start from where they are instead of imposing anything on them. Whether I would be able to connect this with the wisdom of centuries remained to be seen.

Searching for a common point of departure for a good death, I discovered that those patients, family members and caregivers that were part of a good dying process all shared a certain kind of openness. Their inner world was not occupied by dominant emotions or thoughts that caused pressure and stress inside themselves or others. There inner world was rather characterized by an open non-judgmental attitude that enabled multiple perspectives and room for imperfection and humor. I called this attitude ‘inner space’, as a metaphor that is not belonging to any (non)religious tradition or discipline. It is a phenomenon we all know from experience, however much we tend to lose it in the stress of everyday life.

Having discovered the phenomenon of inner space, I discovered a new starting point for thinking about human freedom at the end of life. Surprisingly this also opened up a new perspective to an ancient tradition from the late middle ages, called ars moriendi or art of dying, which I had known before, but never understood in its depth. Looking at that tradition from the perspective of inner space I suddenly understood the wisdom of angels and demons trying to win over the dying soul: were they not the personifications of the many voices inside ourselves as we are struggling for a good death?

I developed a contemporary version of the medieval model, with the concept of inner space at the centre. My first book on the subject was published in 2003 and it proved to be helpful for many patients, family members and caregivers as its many reprints witness. In the years after its publication, I wrote a second book, and learned how important it was to develop the model into a simple framework for reflection and discussion. In this way it is used in many places in the Netherlands and Belgium ever since. In the summer of 2016 I took up the challenge to write an English version of the two books, integrating them and presenting what I had learned so far in theory and practice. This new book was published by Jessica Kingsley Publishers in March 2017, and I can only hope that it will serve the readers inside and outside of palliative care to contribute to dying well in the 21st century.

'Art Therapy in Response to Natural Disasters, Mass Violence, and Crises' is a unique and practical guide to the use of art therapy in critical disaster intervention. Get your copy today! https://bit.ly/3ACN5eg

I’ve been reading this amazing book this week by @HelenAutism @JKPBooks would highly recommend! #autism #autisticgirls