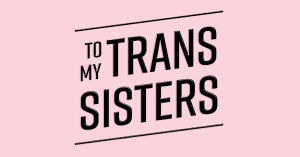 She is the founder of Nail Transphobia and has been travelling all over the UK nailing transphobia since 2013 and has just gone global, taking her campaign stateside in 2017. She uses the proceeds from her campaign to run free self-defence classes for trans and non-binary femmes. Charlie topped the Observer’s New Radicals list of social innovators in Britain, was awarded a Marie Claire Future Shaper Award in 2017 and has been called one of the most influential and inspirational LGBTQ people in the UK by both The Guardian and the Independent. She has starred in campaigns for Selfridges, the Victoria and Albert Museum in London, and Stonewall, and has written and spoken about trans issues on the news (BBC, ITV and Sky), for numerous publications (Vogue, Dazed and Confused and The Guardian) and at the Houses of Parliament.

Read Charlie’s letter from her new book, To My Trans Sisters, here.

For more information on the book or to buy a copy, click here.

Why not join our mailing list for more news and updates from our authors, and free catalogues. You may unsubscribe at any time.