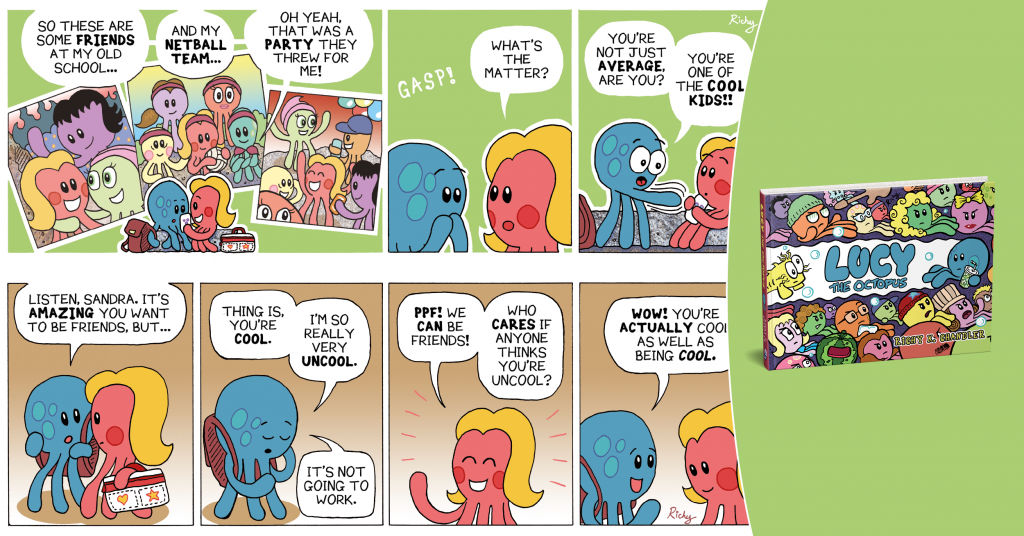 A few words from author Richy K. Chandler on how the story of Lucy the Octopus came to be.

Okay, so Lucy the Octopus has been a big part of my life for many years now. She popped into my head while doodling around twelve years ago and her personality took shape in a mini-comic, brought out by my self-publishing imprint, Tempo Lush, in 2007.

Eventually Lucy became a constant companion as I wrote and drew 212 of her weekly strips starting in 2012, appearing online and collected in five comic-books over four years.

Lucy’s adventures were even turned into a mini-musical, full of projected images from the comic, performed at Gosh Comics in Soho to mark the final episode of the comic going online in October 2016. Hopefully that won’t be the last performance!

I’ve had an amazing response from readers around the world, relating to Lucy’s struggles and enjoying her story. I’ve also had the pleasure of talking about Lucy at many events for adults, as well as to thousands of children and teenagers in dozens of schools, libraries and hospitals around the U.K.

So, of course, the idea of a printed collection of the whole Lucy story is something I’ve been dreaming of for a long time. Jessica Kingsley Publishers had published my children’s picture book You Make Your Parents Super Happy! and, through it’s imprint Singing Dragon, also released my graphic novel When Are You Going to Get a Proper Job?! I was thrilled when they agreed to publish a beautifully produced hardback collection of the strip, complete with new material.

Giving extra value to the collection are special online activity sheets for PSHE and creativity focusing on some of the themes of Lucy’s story: bullying and prejudice, available through a special code found in the book.

Hope you get to know and care for Lucy.  She really needs it!

Find out more, and buy the book here.

Click here for a sneak peak of chapter one! 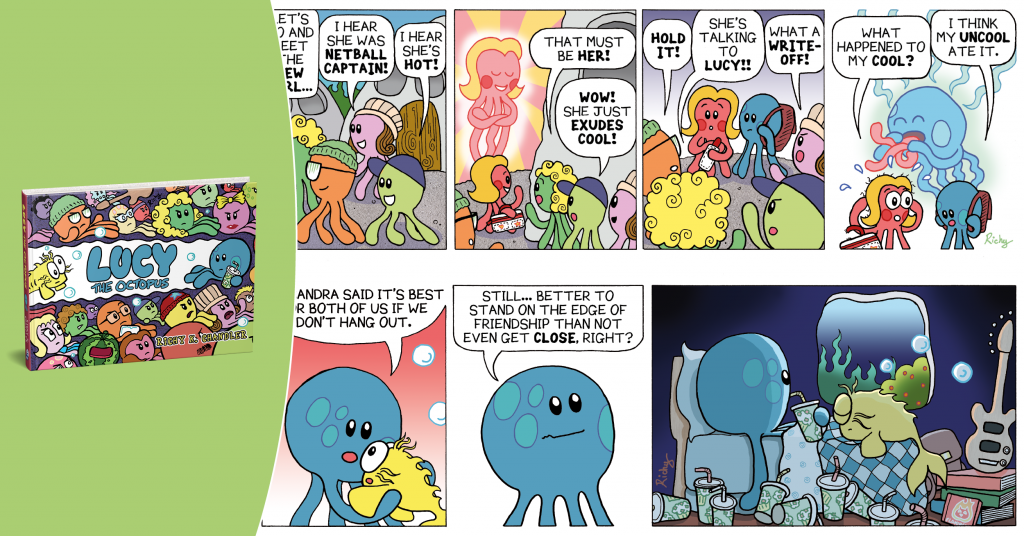