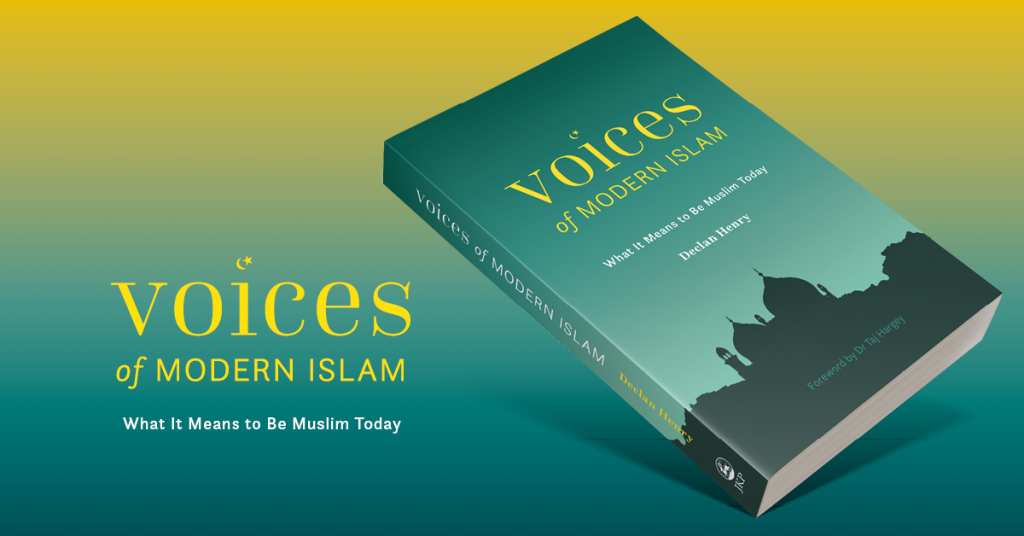 Declan Henry, an Irish Catholic social worker, has been working with Muslim youth over the past few years. Intrigued by Islam, he set about interviewing more than one hundred British Muslims about what their faith means to them.  We asked him what he learned.

What lead you to write this book?

Initially, I wanted to understand why some Muslims get radicalised before my idea broadened. My research fired up interest in the religion and the Prophet Muhammad, resulting in the book becoming a more generalised text about Islam and Muslims, particularly those living in the UK. This resulted in the exploration of key topics including the essence of the religion, women and Islam, sex and sexuality, converts, sharia law and anti-Muslim prejudice.  Hopefully, I’ve provided a balanced representation of the many diverse views expressed because I soon learned there aren’t any monolithic views representative of all Muslims.

You identify as Catholic – were there any similarities between Christianity and Islam that you weren’t expecting to find? Has learning more about Islam affected how you relate to your own faith?

Islam and Christianity have much in common. We are closely related with both religions’ descendants of Abraham. The Qur’an and the Bible share many similar links although the Qur’an is recognised as the direct word of God whereas the Bible was written by various sacred individuals. A chapter in my book about the Prophet Muhammad looks closely at his personality and character. Here I discovered many similarities between Jesus and Muhammad – tolerance, kindness and humility. Christians who read my book will definitely see Islam in a completely different light and will be enriched by what they discover about this great religion.

It’s unfortunately fair to say that some non-Muslims are wary of Islam. When speaking with the contributors, were there any common misconceptions that they encountered from non-Muslims?

Anti-Muslim prejudice comes from Far-Right groups who put out nonsensical propaganda stating that all Muslims are potential terrorists, who want to implement sharia law for Britain to become an Islamic country.  The truth is Muslims believe in obeying the law of the land and are honest, hardworking people who contribute greatly to the economy. Unfortunately, some people are fearful of Muslims owing to negative media reporting, while others resort to nastiness and violence. The book contains several examples of Islamophobia and also dispels common misconceptions about Islam and women and other falsehoods, including Muslims believing in a different God to Christians and that they are cruel to animals.

Did your own perceptions of Islam/Muslims change after speaking with the contributors? If so, in what way?

Muslims are genuinely warm, friendly and truthful people. They were extremely hospitable and welcoming to me at all times. Muslims try their very best to follow their religion and have great faith and conviction in their beliefs. My interviewees varied in knowledge but even those who weren’t scholarly tried their best to explain things or lead me to other Muslims who were more knowledgeable.  My perception of Muslims changed during the writing of the book – going from being cautious and apprehensive at the start to being relaxed and at ease in their company before the book was completed.

You explore many issues that non-Muslims might consider controversial in the book. For example, arranged marriages and polygamy, and Muslim attitudes towards LGBTQ+ people. Did any of the contributors’ opinions on these subjects surprise you?

Arranged marriages for Muslims are the norm, however, this is not to be confused with forced marriages where mutual consent is absent. Muslims in the UK can only have one wife legally but in Islamic countries are allowed up to four. (Women are only allowed to be married to one man at any given time.) The Qur’an stipulates that each wife should be treated equally (Qur’an- 4:3). You will see in the chapter on sexuality that being gay and Muslim is a contentious issue. Acceptance may never come from elders but younger Muslims realise they cannot advocate for their own human rights if they are simultaneously unable to accept marginalised groups in society like the LGBTQ+ community.

Extremism is another controversial, but very topical issue which you explore in the book, outlining the main reasons why Muslims may be attracted to Jihad. Did any of the Muslims you spoke to offer their opinion on how to counteract extremism?

Better education of Islam and the Qur’an is the key to counteracting terrorism. Some young impressionable Muslims need to be guided away from poorly educated imams and hate preachers who have devised their own sectarian interpretations of the Qur’an. Muslims with a sound grounding know that ‘jihad’ is not relevant in today’s world. The Prophet Muhammad often told his followers that the real jihad for Muslims was their own internal struggle choosing between good and evil. The Muslims I interviewed strongly condemned the abhorrent views of Islamic terrorists and repeatedly told me that Islam is by nature a peaceful religion.

What was the most surprising thing you learned about modern British Muslims while researching for the book?

Conflict for Muslims arises when it comes to integration and assimilation. Older generations who came to Britain in the 1960s, ‘70s and ‘80s found this difficult, however, those born here have little trouble integrating with non-Muslims. This country is their home and they feel a sense of belonging. They socialise with peers who drink alcohol but refrain from drinking themselves. They go to nightclubs but aren’t pressurised into having sex. They have friends of the opposite sex without their parents doubting their integrity. Young British Muslims are well-educated and have great moral fibre which impacts positively on their non-Muslim peers.

You spoke to a wide range of people, of different ages and from different backgrounds. Did you find that Muslims from similar age brackets and backgrounds shared the same views on Islam?

A common thread among those I interviewed was their endeavours to keep to the main tenets of their religion e.g. praying five times daily, giving to charity (Zakat) and fasting during Ramadan. The Qur’an is central to all Muslims irrespective of age or background. They learn to recite it from childhood and continue studying it throughout their lives. For Muslims, whether they are Sunni, Shi’a or Ahmadiyya, the Hadith is a secondary religious text. This embodies the sayings and teachings of the Prophet Muhammad. All Muslims pay special reverence to the prophet and regularly seek guidance and wisdom from the Hadith.

Follow this link for more information or to buy a copy of Voices of Modern Islam.