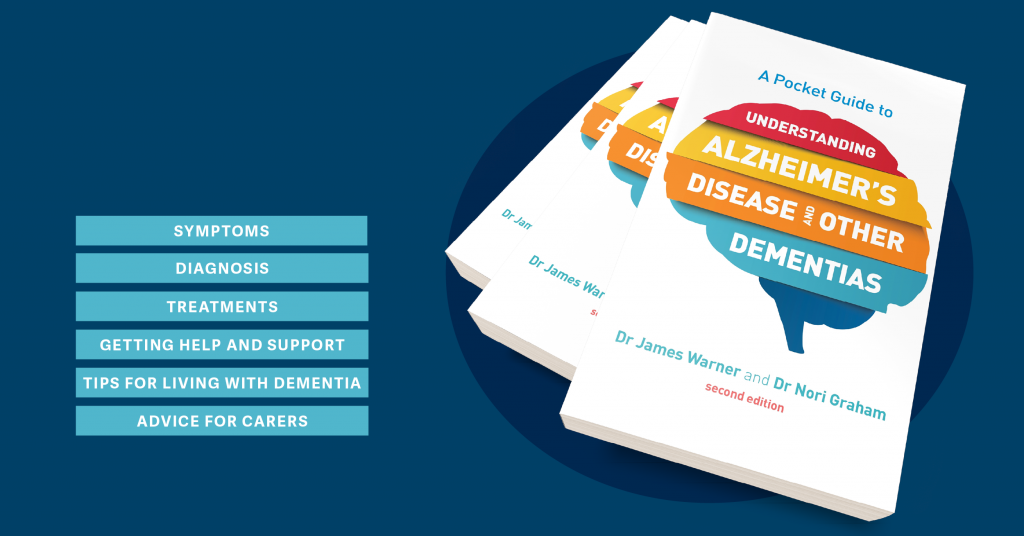 There are an estimated 850,000 people in the UK with dementia; one in five people over the age of 80 will have this condition. One in three people with dementia NEVER get a diagnosis (NHSE 2017). There is one magic bullet to tackle this awful situation: information.

This blog is written by Dr James Warner

I visited an elderly couple at the request of their GP this week. From the moment I entered their home I realised this was a crisis. No, not crisis, it was a car crash!

Ahmed was diagnosed with dementia three years ago. After the diagnosis, no follow up was arranged and, in healthcare jargon he was “lost to follow up”. Not an uncommon scenario these days.

Ahmed’s Alzheimer’s disease had run true to form. Three years on he had severe memory problems (evidenced by his asking me several times who I was and why I was there), agitation (he was walking non-stop between the lounge and kitchen and rattling the door), irritability (he slammed the door a number of times and shook his fists). A previously fastidious man, he smelled bad and wore dirty, stained clothes, much to the palpable shame of his wife. Sylvie sat like a timid mouse, shaking and trying to calm Ahmed. She explained away my presence by saying she had a pain in her stomach and needed to see a doctor. Ahmed was not convinced and became suspicious and more agitated.

Sylvie was exhausted trying to look after Ahmed; a task she had done on her own, without any support for the last three years. She had not been out alone for a year and could not take Ahmed with her for fear he would get lost or angry. Small pleasures like getting her hair done or going shopping in town were distant memories. Except for two supportive friends, who were fearful of Ahmed, but dedicated to Sylvie, she was alone.

There are an estimated 850,000 people in the UK with dementia; one in five people over the age of 80 will have this condition. Dementia is the most feared diagnosis but it is possible to have a good life with dementia with the right support and treatment.

I left Sylvie and Ahmed feeling completely deflated. It is a disgrace that this situation can occur in 2018, but sadly this account is not uncommon. In fact, one in three people with dementia NEVER get a diagnosis (NHSE 2017).

There is one magic bullet to tackle this awful situation: information. People need information about to spot someone has dementia, how to get a diagnosis and get help, how dementia will evolve and what plans need to be made to cope over the years, and what support and treatments are available. Just because the information is out there does not mean people who need it, get it.

Dr James Warner is the author with Dr Nori Graham of A Pocket Guide to Understanding Alzheimer’s Disease and Other  Dementias, Second Edition.  He is a Consultant Liaison Psychiatrist at the Central and North West London NHS Foundation Trust and is also Medical Director of Halcyon Doctors.