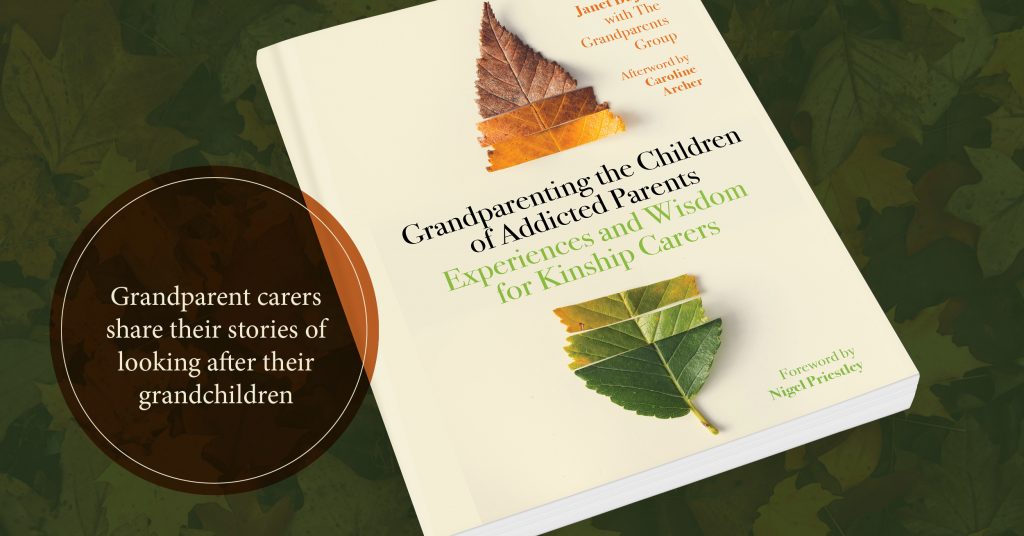 Imagine what it would be like if you suddenly found yourself being expected to take on the full-time care of your grandchildren, without any support. This is the nightmare scenario experienced by the grandparents in our book. They found themselves raising their grandchildren after their adult children could no longer parent them as a result of addiction to drugs or alcohol. Like Jane and her husband for example, who, a week after Harry had retired, were called by social services and asked to take in their two young grandchildren after their alcoholic parents had neglected and hurt them. Or Kathleen, whose drug-taking daughter and son-in-law abandoned their newborn child with her on the way home from the maternity hospital. The grandparents are now bringing up these children with all the love they can muster, though they did not choose to be parents again.

Given the rising levels of substance use in Britain, many thousands of children are being brought up by grandparents. Studies by Bristol University  based on census records suggest that the vast majority of such grandparents do this on an informal basis, whilst media reports emphasise that many suffer hardship as a result of doing so. A minority enjoy more formal conditions – a Special Guardianship or Child Arrangements Order set up through the legal system. However, these orders do not guarantee any financial support – what is available is discretionary or means tested.

The grandparents in our book are resilient and brave, and they have one key advantage over others in that they belong to a Grandparents Group. Caring for young children when you are getting older is not only exhausting; it is also socially isolating. As Amelia said. ‘I used to have a social life, but then your life stops’. A worker for carers at a local Drug Rehabilitation agency began to realise that a lot of their clients had children who were being brought up by grandparents. Uncovering this  ‘hidden problem’ she determined to set up a group to bring such grandparents together to support each other and to signpost help for their needs. This group is still in existence over a decade later and is described by its members as ‘almost like family’ – a place where they are not judged and can express their anxieties and anger about the adverse situation in which they find themselves and find information as well as comfort and inspiration. It is a place where they can celebrate their own and their children’s successes and help each other to make sense when things go wrong.

It is the members of the group who tell their stories here – of how they struggle to both care for the grandchildren and cope with the ongoing chaos of their adult children’s addicted lives. Of how they appeal for help and find inadequate services. Of how they battle with the courts and social services whilst they are in the dark about how to do this or what they have a right to expect. Of how they begin to realise that they are not just ‘rescuing’ needy children, but that these are often traumatised children, needing good therapeutic services, which are also hard to access and often less than effective. Whilst our grandparents have all been parents, these children need more than ordinary parenting skills to survive and thrive.

Life is difficult, but the grandparents in this group also get enormous joy and pleasure from raising their grandchildren and seeing them grow and develop. Given their age, they worry about the future for their grandchildren, but they have also become ‘future-oriented’ by having to deal with schools, solicitors and social workers to safeguard and secure their children’s lives.

Their accounts tell individual stories, but this is not a problem of individuals.  It is part of a bigger picture of the rise of drug and alcohol use and the impact of austerity on deteriorating welfare services. This bigger picture is used to contextualise the accounts, pulling out their significance and addressing the issues raised. A final chapter is written by Caroline Archer, author of several books on adoption and child development, in which she explains the background to trauma in the context of adverse childhood experiences and what approaches might help grandparents to understand and manage its impact.

In short this is a book to help grandparents to see that they are not alone; and for social workers and others who need to appreciate the extent and consequences of substance abuse on the children who are damaged by it and how kinship care can help to heal the wounds. It is a campaigning book to bring the issue to public awareness and to highlight the needs of grandparents raising their grandchildren so that they may get more support.

A blog by Janet Bujra. 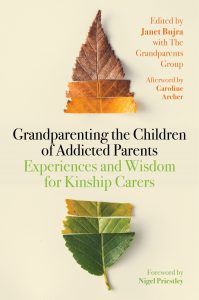 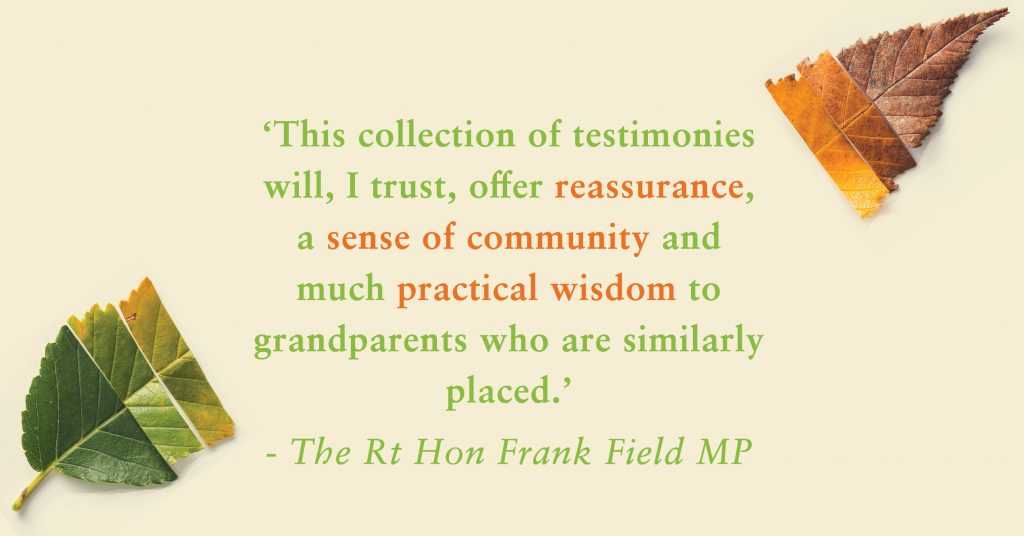