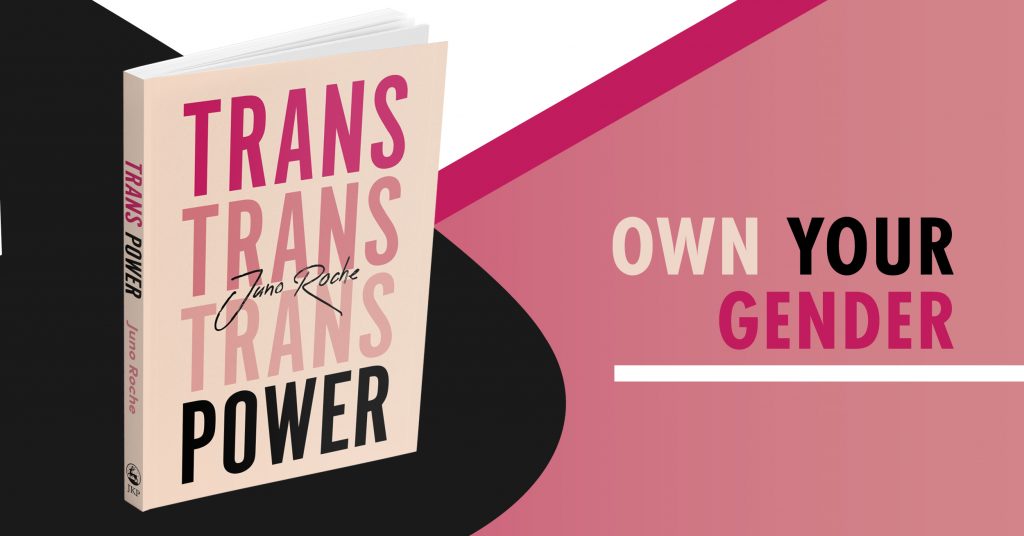 ‘I’ve been single, married, divorced (twice), monogamous and open. I’ve been kink, I’ve been vanilla – I’ve been to sex and Tupperware parties. I’ve tried relentlessly to find my place within the binary gender structure. But it’s not happening. It’s just not happening. I want to live my life freely and weightless outside of a performed frame. I want – no, I need – to own every millimetre of my trans body, I want trans-ecstasy. I want to be trans and to be free.’

In this extract from her radical new book, Trans Power, Juno reflects on her journey of transition, towards an identity that refuses to uphold the rigid gender binary of male vs female, masculine vs feminine. Moving the conversation around gender identity further than it’s gone before, she presents ‘trans’ as an identity all of its own – one that smashes the patriarchy and occupies its own space.

Trans Power is out now – buy your copy here.