JKP first published Ann Cattanach’s work in the early 1990’s, by which time she was an established play therapist, confident in her ability to help young children who had suffered abuse, and knowing she wanted to share the skills she had. Play Therapy with Abused Children, published in 1993, was a profoundly moving book, and deeply affected everyone at JKP who worked on it. Without any hint of prurience, she took the reader into the lived experience of the abused child, and offered the professional reader wise paths to reaching and helping the child find healing and recovery. When I asked her how she could bear to do such costly work, and to hold such pain, she simply laughed and pointed to herself, and said `I eat’. 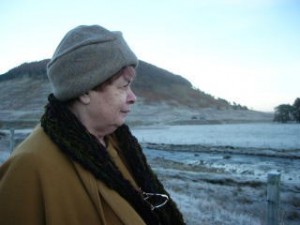 The experience of publishing such a book, and the example of the author who wrote it, was without doubt one of the key influences in how JKP went forward from there, and that the company identified itself so strongly as publishing and wanting to focus on publishing `books that made a difference’. Ann’s later books without question `made a difference’, and the people who worked with her at JKP continued to learn from her too. Her books were not only wise and sensitive, but intellectually rigorous, and asked a great deal of the reader – not so much in terms of understanding as of courage and integrity. It was a great personal pleasure when these were put forward for a PhD, just recognition for someone who had contributed enormously to her field. She will be very much missed.

This conversational tool made up of 52 cards and accompanying guidance, helps young people build their advocacy skills by establishing their own strengths and needs.