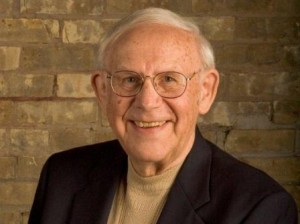 Darold Treffert, MD is Clinical Professor of Psychiatry at the University of Wisconsin School of Medicine in the U.S. He has worked with savants and researched this rare condition for nearly 50 years, and was a consultant on the award-winning movie ‘Rain Man’, in which Dustin Hoffman plays the role of an autistic savant. Here, Dr. Treffert answers some questions about his new book, Islands of Genius: The Bountiful Mind of the Autistic, Acquired, and Sudden Savant, published by Jessica Kingsley Publishers.

What is savant syndrome, how prevalent is it, and what are its most common manifestations?

Savant syndrome is a rare but remarkable condition in which persons with autism, or other developmental or central nervous system disorders, have some spectacular ‘islands of genius’ that stand in stark, marked contrast to overall limitations. It occurs as frequently as one in ten persons with autistic spectrum disorder. It is interesting that considering all the skills in the human repertoire savant abilities narrow generally to only five areas: music, art, calendar calculating, lightning calculating and mechanical or visual-spatial skills. Whatever the skill, it is always linked to massive memory of a particular type —extremely deep but exceedingly narrow within its limited confines.

There is a tendency to isolate the savant and marvel at their ‘superhuman’ abilities, but in so doing we run the risk of overlooking the whole person. Why is it so important that we understand savants in context?There is a tendency to give a passing “Gee Whiz, look at that” glance at the savant and then return to our more ordinary ‘inside the box’ mentality. But savants provide a unique window into the brain in terms of talent, compartmentalized skills, multiple intelligences, memory and creativity itself. So the ‘islands of genius’ in the savant deserve careful scientific scrutiny. But beyond that unique scientific interest is the accompanying vital human interest of appreciating not just what the savant can “do”, but to value as well the special person that he or she “is” and not be entirely distracted by the spectacular skills themselves. Viewing these extraordinary people as “differently-abled”, rather than “dis-abled” allows those of us privileged to work with these special persons to be curious not only about the condition the person has, but to care about the person who has the condition as well. That is good “bedside manner” not just in general medicine, but also for those of us trying to better understand, support and intervene in autism spectrum disorders and related conditions, whether a researcher, therapist, teacher, parent or caretaker.

Behind these remarkable people are their dedicated caregivers.  What are the most important things parents and teachers do to develop and nurture a child with savant skills?I get numerous “I’ve got a son or daughter who…” emails from parents whose children’s special savant skills have unexpectedly surfaced, sometimes explosively. Through those emails always shines enormous love, pride, care and concern of that parent for that child. My advice is to certainly continue that fountain of unconditional acceptance because, as I have observed from these parents, love is a good therapist too. Beyond that, my advice, whether to parent, therapist or teacher is to “train the talent” in whatever form, and whatever quantity it exists. Because that sometimes seemingly obscure skill is the child’s way of communicating, granted in a rather non-traditional way. It is in fact an “island of intactness” that can recognized, seized, tended and nurtured. And as one does, that “training the talent” can serve as a ‘conduit toward normalization’ with improved language, social and daily living skills. I have witnessed that happening innumerable times and it is the greatest source of satisfaction of all in my work with persons with savant syndrome.

In the book you talk about how your long career working with autistic, ‘acquired’, and ‘sudden’ savants has taught you to be ‘optimistic’ about the brain.  What do you mean by that? I have always suspected that a process of brain rewiring, recruitment of unused capacity and release of dormant potential (what I call the three R’s) accounted for savant syndrome in those born with such skills (congenital savants). But new cases of the acquired savant — neurotypical persons in whom savant skills emerged, sometimes at a prodigious level, following brain injury or disease when no such skills were evident pre-incident — have convinced me that we have vastly underestimated brain plasticity and the brain’s ability to repair itself when damaged through rewiring, recruitment and release. This new neurologic optimism — the brain’s ability to renew and repair itself — has vast implications not only for better understanding and intervening in autism and related conditions, but provides much more hope and enthusiasm for intervention post-stroke, for example, or for treatment of a variety of other CNS conditions formerly viewed much more pessimistically.

It is your belief that there is an ‘inner savant’ inherent in everyone.  What can ‘neurotypical’ people learn about themselves from the experience of the savant?Savants clearly “know things they never learned” which is what I call genetic memory: the genetic transmission of knowledge. That suggests within all of us lies a great deal of software, ‘factory installed’, which is dormant and to which we have only partial access. The acquired savant reinforces this concept of dormant capacity which can be ‘recruited’ and ‘released’ when trauma or disease damages certain areas of the brain. The challenge is how to access that dormant potential without injury or other CNS incident. The savant encourages each of us to seek, explore and actualize our own potential. We are exploring non-intrusive ways to do that. One simple method is to give more attention to so-called ‘right brain’ skills and pathways — a ‘step to the right’ as some call it — instead of always relying on the well-worn ‘left brain’ pathways that serve us so well, but sometimes to the exclusion of lesser known and appreciated ‘right brain’ skills. Beyond that, much more sophisticated imaging and neuro-psychological tools and techniques will permit us to take full advantage of the unique window into the brain that the savant provides toward better understanding of talent, skills, memory, intelligence and creativity itself.

Can savants be creative?There is a myth that savants, whose imitative and replication skills can be spectacular, are locked into that duplicative mode and that they cannot create original material. That simply is not true. I have followed many artistic and musical savants, for example, who over time follow a predictable pathway from replication to improvisation to creation of original, new material. It seems that savants get bored, over time, with replication only and they begin to improvise, followed by creation of their own new material. The book provides a number of examples of savants following that progressive pathway over time.

The “dreaded trade-off” unfortunately is a fear and myth that also persists. It is based on the case of Nadia, a prolific child artist who, went sent to school to learn better language and other skills lost her sensational art ability. My experience with many savants is entirely to the contrary. “Training the talent” and other education or intervention efforts can be liberally provided without any “dreaded trade-off” of special savant skills for language acquisition, improved socialization and greater independence overall.

Visit www.daroldtreffert.com for more info about Dr. Treffert and his work.