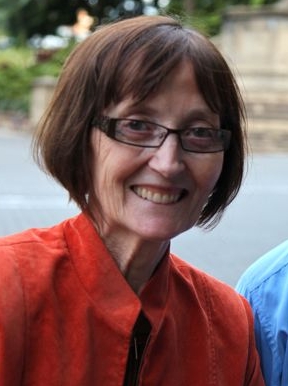 Who will I be when I die? is the “prequel” to her first JKP book, Dancing with Dementia. In it she recounts the emotional and spiritual rollercoaster she found herself on immediately after her diagnosis and provides unique first-hand insights into how it feels to gradually lose the ability to undertake tasks most of us take for granted.

In this interview, Christine reflects on the source of her unwavering positivity and sense of purpose, and the work still to be done to achieve greater empowerment and respect for people with dementia as individuals.

This is a profoundly moving and personal book – what made you write it Christine?

It was 1995 when I was diagnosed, at the age of only 46, and views were very different back then. People with dementia were thought to be mindless empty shells and to lack insight from the moment of diagnosis. There was no support for us, only for our families. I was amazed that this should be the case, but felt the task of changing these attitudes was too daunting for me, as I had enough problems coming to terms with my diagnosis.

But by what I call in my book a “God-incidence”, at the time that I was going through the awful time of testing and final diagnosis, I was part of a team preparing to run a weekend Christian retreat called Cursillo. This not only provided me with all the support I needed, but also put me in touch with Professor Elizabeth MacKinlay, who was also on this team. She is a gerontological specialist nurse, as well as an Anglican Minister. By the end of our time on Cursillo, I had plucked up courage to ask her to be my spiritual adviser, to help me through these dark and depressing times in my life.

We met monthly for prayer and encouragement, and Liz suggested that I think about writing my thoughts and feelings down. Soon a book began to emerge, reflecting on what it feels like to go through the trauma of diagnosis, the isolation of the stigma of dementia, and the fear of the future with this disease that is meant to take away your identity, your sense of self.

How did it feel to reflect back, and how are you now?

It was like looking into a window, peering into someone who was fearful of what the future held, who did not know she was about to embark on an exciting and challenging journey to change attitudes around the world!

It was also quite confronting to see the depth and breadth of my vocabulary, and the amount of research I had been able to do on the science of dementia. That was another window onto the past, opening out to someone I could no longer recognise as being me.

Once I realised how much had changed – even since 1996-1998 when I wrote this book – I then asked a former work colleague of mine if she could write a few words reflecting on what I was like in the mid 80’s to early 90’s, well before my diagnosis in 1995. She is one of a very few colleagues who has kept in touch with me over the years. Her words describe someone who has long ago been lost to the ravages of dementia:

“One of Christine’s defining characteristics was the speed at which she worked and the number of projects she juggled at once. … What do I see as being different now between the ‘then’ Christine and the ’now’ Christine? The main difference is speed – she certainly doesn’t juggle projects and ideas like she used to.

She is … much more passive – someone else does the organising. The ‘now’ Christine is slower, sometimes forgets the names of things, takes longer to understand new information, and may not remember what I have told her. … While the doctors may tell her she has lost a lot of brain function, they don’t realize how much she had to start with, so losing some brain cells has brought her back to average from stratospherically high.”

After 15 years, much has changed in my functioning. I am far more reliant on others, and far less capable than I was back then. I am increasingly frustrated and angry at my difficulties with finding words when speaking, and my equally increasing difficulty in writing words down. I am not as much in control of my emotions, so find it hard to control anxiety and depression, as well as anger and frustration.

When I wrote the book, I lived alone with my youngest daughter, who was then aged nine. Now I would no longer be able to live alone, and feel really blessed to have met and married my second husband Paul. With his patient support and encouragement, I am still doing far more than would be expected by looking at my latest scans, but still very much less than 15 years ago.

What gives you the strength to remain positive?

My Christian faith gives me deep meaning in life, giving me hope for the future and a perspective of my life being eternal, not simply limited to what we see on this temporal plane.

Now I have met so many people with dementia around the world, all at various stages of ability due to their declining function with these diseases that cause brain damage. Each person still remains an individual, with their true inner being shining through without words. The eyes remain a window into someone’s soul, and reflect our humanity.

Each person with dementia is making an important journey away from outer masks of cognition and function in our superficial world of what we do. They are travelling within, to a world of emotions, even if these become increasingly scrambled with the dementia. Emotions connect us to each other, allowing us to form relationships, which are a mark of truly being human. Then, deep within, their journey is to the inner self, their reflection in the divine. This is what gives me an abiding sense of meaning as I travel on this journey from diagnosis to death.

For me, I remain positive, feeling that I am gaining along this journey a far better sense of what it means to be truly human, and that much can be achieved to help others as I travel this path.

How much do you think our understanding of people with dementia changed since you were diagnosed?

When I first started, there was no support for people with dementia, as it was assumed we lacked insight. Indeed the words of an Annual Report in 2000 of an Alzheimer’s Association spoke of us as being “mindless empty shells”. At first when I spoke up, people did not believe I had dementia because I could still speak. They said that even if I was showing the early signs, I was not a credible representative of people with dementia because of my level of function.

Yet since then I have met so many others who have this diagnosis who are speaking out, and being included in the activities of Alzheimer’s Associations. We are receiving so much support and encouragement, and we are being listened to and respected. No longer are we being dismissed. By treating us as experts in what it feels like to have a diagnosis of dementia, services and support are being much improved.

More remains to be done, as there still is so little understanding of dementia in the community. Even people who come into my home to help me when Paul is not here don’t realise that dementia is a terminal illness, leading to death, nor do they understand that it is caused by brain damage as a result of more than around 100 different diseases. Still the mindset is of an elderly person in a nursing home who is unable to communicate, and who can be treated somewhat as a child.

Yet the diseases that cause dementia are diseases like any other, and can strike at any age, although they are more likely to occur as you get older. And after diagnosis people are usually still functioning reasonably well, with support and encouragement. It is inclusion and being valued that we need, not exclusion and isolation.

What do you hope readers will take away from your book?

An understanding of what it feels like to be diagnosed with dementia: the shock and horror of diagnosis, the overwhelming fear of the future, and the isolation as a result of the stigma surrounding dementia in society.

We can provide hope and encouragement to help overcome the fear, and we can do much more to change public perception of dementia that isolates us in a spider’s web of stigma.