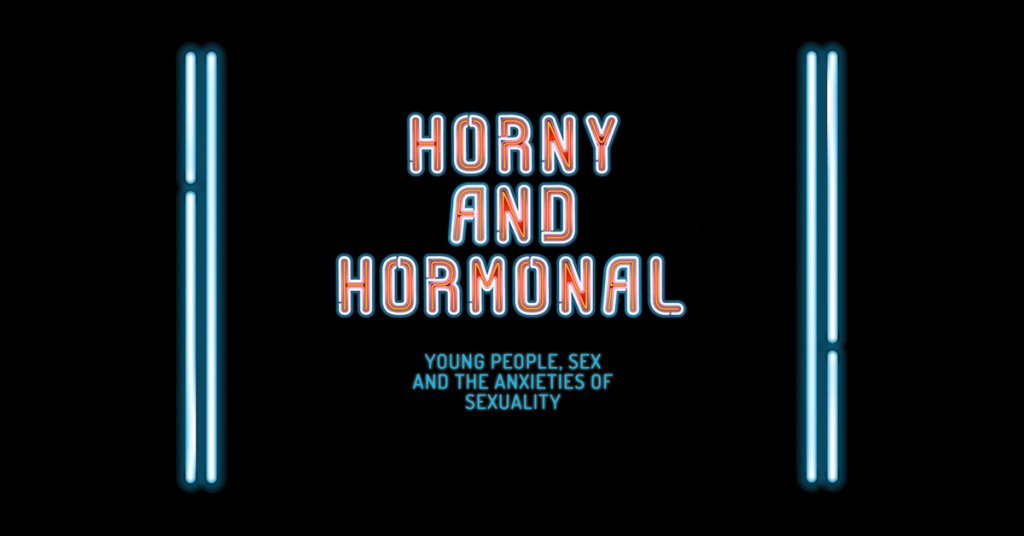 Why is this book so badly needed?

Sex is important for all young people – whether or not they happen to be sexually active – because sexuality is at the heart of human beings, informing all our relationships. Yet little is written about the sexual experiences and sexualities of young people, even though (in my experience, having been a teacher and youth worker and then having worked for 30 years as a counsellor with hundreds of young people) the subject is important for every young person, developmentally and culturally. Their bodies are changing in readiness for sex while all around people are talking about sex, joking about sex, watching sex online.

Young people are supposed to be so purposeful nowadays, concentrating on their schoolwork and investing their futures, yet it’s the unofficial stuff happening to them that messes up their futures and takes away their confidence.

How forthcoming are young people about their sexuality and sexual experiences?

Some young people are shy and say nothing; others are brash and tell everything. Some are embarrassed but curious; some boast; some are in difficulties through sexting, gossip and rumour; others are involved in nasty, abusive relationships. Some young people are already full of guilt and hostility, sometimes defining themselves entirely in terms of their sexual experiences.

So how and when should we be talking with young people about sex?

We need to be more proactive in talking with young people about these things. We assume that young people won’t want to talk and it’s true that they certainly won’t be forced, but why wouldn’t you want to talk if only you could find someone suitably robust and sensible? A supportive parent would be great but that’s often not possible. A friend might be good but friends can also be problematic. So for some young people, it’s a case of talking with the professional available or no one. Most young people will only talk, however, if the professional initiates the conversation and if they sense that he or she isn’t going to be fazed.  And conversations are rarely as simple as “Should I have sex with him?” because sexuality is so much a part of who we are, connecting us with our parents, our peers, our past, our creativity, our sense of agency. It taps into everything, and so the conversations we have with young people need to be subtle and skillful. The book is full of these conversations.

Could you talk about the significance of individuals coming to terms with their sexuality at a young age?

It depends on what we mean by ‘sexuality’. As I’ve said, I take sexuality to mean something broader than just sexual orientation. Theoretically, we start exploring our sexuality from the moment we’re born, exploring our physical and emotional relationship to other people, to our own bodies and other people’s. We’re always merging and separating from other people. Sexuality doesn’t begin at puberty and certainly doesn’t begin on our sixteenth birthdays. It’s an integral part of who we are. Describing our sexual identities is a lifetime’s occupation. I don’t suppose we ever ‘come to terms with our sexuality’ because we’re always changing. What we feel and believe at the age of thirteen might be different at sixteen and might be different again when we’re twenty-six or forty-six or sixty-six. Sexuality is much more fluid than we popularly suppose. Having said that, there are certainly LGBT and other young people who have a terrible time because they’re perceived by the self-righteous, bullying mob to be ‘different’, but it’s important to remember that all young people potentially have a difficult time when it comes to sex and sexuality.

In your experience, is shame something that many young people feel?

Young people will do anything – anything! – to avoid being shamed and the potential for sexual shaming is ever-present: shaming other people’s bodies, shaming what they do and don’t do, shaming them for being different in any way. Shame is crippling and causes terrible distress. Young people are therefore on high alert for danger. But when they feel more confident in themselves they’re less likely to shame others and less likely to feel ashamed of themselves. My book is about helping them to feel more confident. It’s worth remembering, of course, that there are many young people who negotiate their sex lives with astonishing skill and responsibility. There are teenage couples I know who talk to each other about sex and who visit the contraception or STI clinic together. Wonderful!

What effect has the cultural shift towards questioning the gender binary had on young people?

In my experience, more young people are defining themselves as bisexual or ‘queer’ and more are questioning their gender identity. I think this is progress if it means that young people are feeling more confident to resist the simplicities and strait-jackets traditionally created for them.

What are some of the challenges you’ve faced as a counsellor? Any tips for other counsellors?

One of the challenges for counsellors is acknowledging the sexuality in the room. It’s in all counselling relationships but because young people are young, I think that for many professionals, sitting alone in a room with a young person, there’s a kind of paedophilic anxiety. If I think this young person is beautiful, what does that mean? If I find him sexually desirable, what does that say about me? If I feel very protective or close to her, what does that mean for our professional relationship? If I mention the subject of sex, am I being weird? Prurient? Perverse? The potential for professionals to abuse their power is ever-present and no one wants to be abusive, so sometimes we back off, treading on eggshells, afraid of discussing such personal subjects as sex and sexuality. This might be very respectful of young people’s privacy – fine – but it isn’t always helpful for young people who are relying on us to initiate the difficult conversations.

Of course, counsellors are always trying to judge if and when a young person is ready and needing to talk. But over the years I’ve become more confident in asking a girl who’s started going out with someone, “Is it a sexual relationship?”, if only to establish sex as something we might talk about if she chooses. Nowadays I might ask a sexually active boy “How’s the sex?” not because I’m being nosey but because it opens up the subject. He might say “Fine!” and change the subject, or it might be the very question he was hoping I’d ask.

Over the years, you must have made some mistakes…?

Too many to mention! Most of my mistakes have been caused by cowardice, though: by being afraid to ask for fear of seeming inappropriate. I’m sure I’ve missed loads of cues from young people trying to tell me things in a very roundabout way.

When I was a youth worker, I remember clearing up after a rock concert late one night. All the young people had left, going off into the night in various combinations. The door banged open and, rather touchingly, one boy hurried back into the youth centre, flushed and anxiously clutching a freshly filled, warm condom, wanting me to check that there weren’t any holes in it! 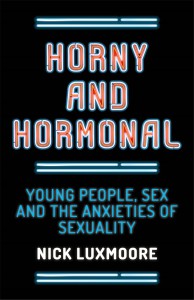