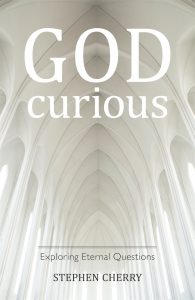 One of the things that I have found interesting as I have recently re-read some of the great theologians of the Reformation era, is just how extremely rude they are to each other, and how confident they are that they themselves are right. What Martin Luther had to say to Desiderus Erasmus would make anyone blush! It is also extraordinary that people with religious convictions have put such huge amounts of energy into their controversies.  It is said of Augustine (the one who wrote Confessions) that he worked hard all day as a bishop and then worked all night as a theologian, writing books and commentaries and letters. Sometimes he was in a reflective mode, wondering about who he was and what his life meant, sometimes he was in dispute with those who understood human nature quite differently, sometimes he was sketching out (I mean writing thousands of words about) his understanding of how society should be organised.

One of the things that people easily forget when they think about theology is that people have often been prepared to die for it, that theological opinions have often been a matter of life and death.  There are different versions of this. Some people will die for their faith because they believe that martyrdom is a fast track to paradise.  But this isn’t the driver of most martyrdom down the ages and is not, in a Christian understanding, true martyrdom.  A martyr is a witness and true martyrs are those who have been so committed to their faith, their understanding of the truth, that witnessing to this truth became more important to them than their own life. True martyrs don’t want to die; but they are not prepared to lie their way out of a situation when matters of ultimate truth are at stake. True martyrdom is not about seeking any personal reward but about standing up for truth, however costly that proves to be.

Along with the idea of martyrs goes the idea of heretics. Although people don’t often make this point, it almost goes without saying that all heretics are theologians. They are people who have thought things through for themselves and come to conclusions that religious authorities have not found acceptable. A heretic is not someone who suddenly has a dodgy idea in their head. A heretic is someone who has taken a lot of trouble to come to their unpopular view and is prepared to take the flak for maintaining their position. The study of theology involves the study of heresy and heretics. And thank goodness for that, because it is potential ‘heretics’ who push the boundaries and possibilities of theology wider and wider.  The pursuit of deep wisdom involves the possibility of making major mistakes. It may seem strange, but to a theologian that is all part of the pursuit of the truth. It is fair to say that just as some mistakes in life are worse than others, so some errors in theology are worse than others and it is therefore possible to think of heresy as sometimes very negative; it does not follow that all heresy is bad or that all those branded as heretics have been in error or done a disservice to the truth.  Often, inevitably enough, heretics are castigated not because they are actually and ultimately wrong, but because what they have to say is inconvenient and awkward for the powers that be.

Theology is fun partly because it is one of the most interdisciplinary of subjects. To study it properly you have to engage with philosophy, history, anthropology, psychology and sociology.  But that’s not all. Recognising that people express religious, spiritual and theological ideas indirectly, theology very often involves the study of literature. Novels, poetry and drama often include or allude to theological themes and discussions.  Theologians also try to progress their understanding by looking at historic works of art. The pictures, buildings and music of religious communities can teach us a great deal about their beliefs and values, and in today’s world you are as likely to find theological questions addressed in films as you are anywhere else. So yes, theologians go to the movies and try to ‘read’ or interpret them in a theological way.

One of the observations that I have made in life, not least in my ministry as a pastor, is that many people will be happy letting life go by, enjoying the good times and not asking many questions until something goes seriously wrong for them or someone they love. It’s for this reason that theology is often borne out of suffering or catastrophe. Good, interesting, lively compelling theology doesn’t often grow on happy trees in jolly gardens. It tends to spring up from the ruins of some kind of lost hope or shattered vision, or if not that then some genuine puzzlement and dissatisfaction with existing answers. Theology never grows out of smugness, but comes out of perplexity and the need to find answers to questions that keep us awake at night or which occur to us when life (or death) stops us in our tracks.

Maybe that idea doesn’t quite belong under the heading of theology as fun, but there is in fact a kind of fun to be had in looking difficulty and despair in the face and letting that reality challenge complacent and easy believing. And there is a huge amount of fun to be had (though ‘fun’ is too light a word now – joy would be better) in seeing hope rise again in the once despairing, in seeing the liberation of the oppressed, the forgiveness of those who have made great mistakes and the reconciliation of sworn enemies.  No theologian would claim that the study of theology will make these things happen, but for theology to be complete it must be interested in the upside of life, even if it often begins in the downside.

Thirdly, theology is important. There was a time not very long ago when it was common for people to think that religion would die out.  ‘Imagine there’s no heaven’ wrote John Lennon, ‘and no religion too’. This line of thinking didn’t start in the 1960s with the Beatles however, but in the nineteenth century.

In 1882 the philosopher Freidrich Nietzsche declared that ‘God is dead’ (adding that ‘we have killed him’). Previously, in 1867, one of the big name English literati of the Victorian era, Matthew Arnold, wrote a poem called ‘Dover Beach’ in which he referred to ‘the long withdrawing roar of the sea of faith’.  Arnold was connected with the strong-minded and eminent Victorian Leslie Stephen, whose father and grandfather were leading evangelical clergy, very much involved in social campaigns such as anti-slavery. They were members of the so-called Clapham Sect alongside social reformers like William Wilberforce and John Newton (the former slave-ship captain who wrote the hymn, ‘Amazing Grace’) and missionaries such as Henry and John Venn.

As the twentieth century dawned the advance of atheism continued. Thomas Hardy wrote a poem called ‘God’s Funeral’ between 1908 and 1910 and the First World War put an end to any easy idea that ‘God is in his heaven and all is right with the world’.  This was the era in which Leslie Stephen’s daughters, Virginia Woolf and Vanessa Bell, found themselves at the heart of an elite London group that was as different as it is possible to be to the Clapham Sect of their grandparents.  This was the ‘Bloomsbury Group’, which was famous for its artistic and progressive values. After the First World War religious authority figures were no longer trusted as they had been and it became increasingly common for people to think that what was taught or thought about God was essentially what people made up about God.  This approach was given a huge boost by the work of Sigmund Freud who developed the idea that the human mind was dominated by thought processes of which we were not aware, and that ‘God’ was essentially an idea conjured up in the recesses of our ‘unconscious’ to help us feel better and cope with life’s more difficult challenges.

But the end of faith wasn’t only prophesied by philosophers, poets and psychologists. Sociologists came up with the idea of ‘secularization’ almost as soon as their subject was invented. Studying the number of people who attended church from year to year they soon saw that the numbers were declining and, plotting graphs of the decline, proved to their own satisfaction that church-going should be over and done with by the early years of this century.  The sociologists were both right and wrong. Church going has declined in many places, especially in the north of England, but there are also places where it has increased, and the actual ultimate decline of religion, the death not only of God of which Nietzsche spoke, but of believing in God, has not yet happened. In fact, the reverse is the case. The spin-doctors of the ‘New Labour’ government of Tony Blair famously announced in 2003 that they didn’t ‘do God’. But that didn’t matter, plenty of other people were busy doing God, although the equally ‘new Atheists’ were becoming increasingly vociferous, annoyed perhaps that their predecessors had not managed to put an end to faith and that, if anything, the tide of the sea of faith seemed to have turned and was coming back in again.

There are many reasons for this, and not all of them are based on the better aspects of religious thought and practice, but that’s not the point.  The point is that religious beliefs and religious organisations are today having an enormous impact on the lives of people all over the world. Religion has not died out and it isn’t going to die out anytime soon.  It had a very serious wobble in Europe and Britain, but the edifice of organised religion has not toppled, and the whole new phenomenon of people calling themselves ‘spiritual but not religious’ has exploded. It is evidence of ‘faith’, the sort of thing that a theologian out to try to understand. And if you have the cast of mind that is theological you may be thinking ‘hmmm, there is interesting and important stuff here. I wonder whether anyone understands all this. Let me try to find out’.

From Chapter 3 of God Curious.

If this extract has made you feel a little God curious, why not follow this link to find out more about Stephen Cherry’s book.

Stephen is the Dean at King’s College Cambridge, and tweets here.