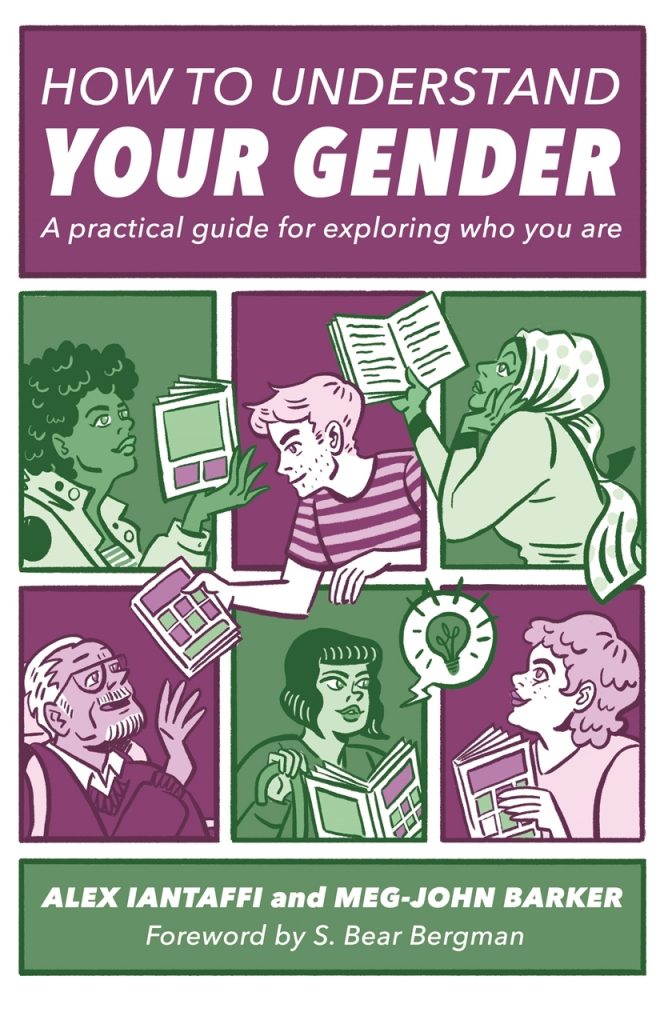 ‘How To Understand Your Gender’ is the ultimate gender identity bible. Here, we share some of the lived experiences of the many different gender diverse people who have contributed to the book. Do you recognise yourself in any of these accounts?

‘I just couldn’t figure it out. I was born female, I am attracted to men, but I never felt comfortable wearing skirts, makeup, or spending time with girls, like I felt I was supposed to do. People kept assuming I was a lesbian, and even I wondered about it for some time. Eventually I realised that’s just who I was. I am a masculine woman, attracted to men.’

‘People kept wanting me to choose, but I just couldn’t. I’ve always been sexually attracted to women and femininity, while feeling much more relaxed with, and emotionally close to masculine people, regardless of their gender. I now identify as a bisexual, homoromantic trans man.’

‘Everyone assumes I’m gay because they think I’m “soft” and “artistic” for a man. I guess my mannerisms can be more effeminate than those of most guys. However, I am straight through and through. I just can’t be bothered with proving my masculinity in a way other people want me to.’

‘I love everything about femininity: the clothes, makeup, the fierce feminist history. I am just a proud femme who also happens to be a lesbian. Unfortunately, often people assume I’m straight, even at lesbian events. They also seem surprised at my job as a mechanical engineer. I always liked pulling things apart, figuring out how they work, and putting them back together, or even making them better!’

‘I’ve never felt at home in dresses or lipsticks. I always wanted to play with boys. Eventually I found other people like me and who were into me. I am a stud and proud of who I am.’

The impact of gender stereotypes

‘I’m genderqueer but I’m very aware that I’m fortunate to be living in a time and place where people get that. There’s gender diversity in my cultural background, so my family have got their heads around it now. Half my friends are non-binary too. I work for an LGBT charity, and while they’re not perfect by any means, at least I know that everyone I meet there has heard of the concept. And we have non-gendered bathrooms at work.’

‘As a young Black woman, I don’t feel that I can come out as bisexual in my workplace. I already get people sexualising me all the time: touching me inappropriately or assuming that I’m available just for being a Black woman. Adding bisexuality to that would make it even worse. Having to stay in the closet takes a real toll on my mental health.’

‘I’m a woman in my fifties and I’m disabled. To a lot of the world that means I’m just not seen as a sexual being. And I really like sex! I’m so sick of the fact that only young women without physical disabilities are seen as sexy. Why would we limit women in this way?’

‘I’m a fat working-class queer femme and proud of it. But people have such a problem with that. In a lot of places it’s not seen as “feminine” to be fat, or to be loud and mouthy, or to be attracted to women, and I’m all of those things. And when I go into LGBT spaces, people question whether I’m really queer because I embrace my femininity. I can’t win!’

‘It was like never finding the right dress, that perfect fit. The words were always wrong, the relationships weird, for me and others too. It was like pulling on my own skin the whole time, trying to figure out if it was supposed to feel better. Surely at least it should feel more natural than this? Other people seemed to manage it alright. It wasn’t until I understood that I was non-binary that things started to fall into place. Once I could tell people, “I am a non-binary trans masculine queer guy, who is into queer masculinities”, life just got easier. Many of my gay male friends just breathed a sigh of relief. One of them said, “This makes so much more sense!” I couldn’t agree more.’

‘I was angry all the time. It’s like I was invisible to any woman I ever fancied. Some of them broke my heart. They were my friends, and when I had gathered my courage and told them that I was attracted to them, they all looked away, mumbling something about how sweet I was, and that they didn’t think of me that way. I wasn’t sweet. I was a 30 year-old-man, still a virgin, with a high sex drive, who kept being told I was sweet, as if I were a child. Finally, I learned more about how dominant culture views people with disabilities. I came across the idea of disabled people being infantilised, desexualised, and sometimes almost seen as having no gender, especially no masculinity. That made so much sense! I had lived with cerebral palsy from birth, and from parents to school, friends to caregivers, it had been like the world had tried to build a brick wall between me and the idea that I could be sexual. I became more involved with the disability justice movement, and just stopped fancying non-disabled people who found me “sweet”. Also, I am not a virgin any more, and my partner thinks I am a sweet man. That word “man”, added after “sweet”: That word makes all the difference in the world.’

‘I just didn’t know how to tell my parents. It wasn’t just that I was a girl, when they had thought they were raising a boy. It was being a butch girl into girls. That part always stuck in my throat. Then I realised how many butch women of all sexualities and genders there were in our family. I just come from a long line of strong women! Once I got that, the words just started pouring out. It still wasn’t easy for those around me, but I had a way of making sense of my story and my identity. I was just another strong woman in my family, that’s all.’

For more of these experiences, check out How to Understand Your Gender here.