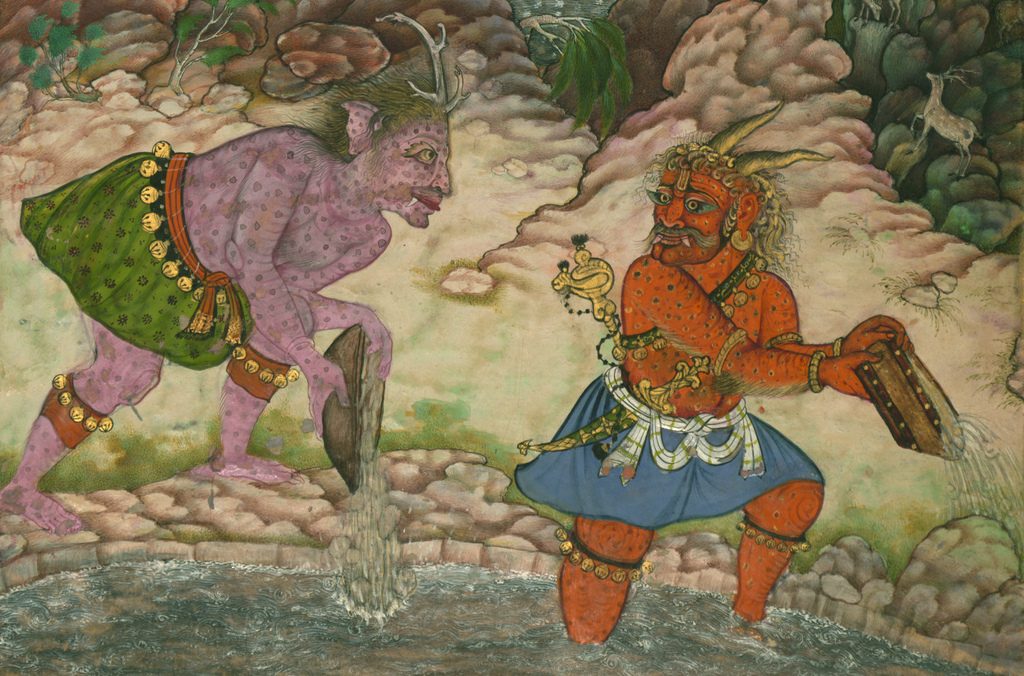 In this extract from ‘The Interbrain,’ Digby Tantam considers the implications of the interbrain for religion, morality and our ability to demonize other humans.

For a very long time, human beings have explained harm coming to one person or to groups by attributing this to demons. Demonic possession is possibly the oldest explanation of psychopathology and is still widely held in Africa and other parts of the world.

Demonization of offenders increases the public’s desire to punish them retributively is most likely because of common knowledge, which seems to be widespread, that demons exist, that they are evil, and that evil is contagious. So humans cannot, and indeed should not without imperilling their own morals, consort or connect with demons. Demons must be cast out of individuals, as the Bible has Jesus casting out the demons, and of society. Psychiatrists and psychologists have updated this demonology by postulating that types of people exist who cannot empathize and consequently act in a deranged or demonic fashion. There is also the presumption,
as there often is when a person is said to lack empathy, that it is equally impossible to empathize with them.

Demonization is, for obvious reasons, a strategy that is particularly attractive to religious groups…

Follow this link to continue reading this exclusive extract.

For more information on The Interbrain, or to buy a copy of the book, click here.

Time to shout-out some of the publishers of the #FurtherEducation content currently available on the Education Platform!
⭐️@JKPBooks
⭐️@KoganPage
⭐️@pearson

Sign up for the Education Platform today: https://bit.ly/2WiMYl5 #edchat #teacherchat