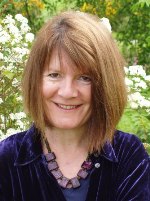 Jude Welton has a 10-year-old son with Asperger Syndrome. Originally trained as a child psychologist specialising in autism, she is a freelance writer, writing mainly on the arts. Here she discusses Asperger Syndrome, metaphors and literal thinking, and the utility of her What did you say? What did you mean? cards, published by Jessica Kingsley Publishers.

Imagine this scene: A classroom of eight-year-olds.

The teacher is trying to make sure they finish their work before the bell goes. Most of the children are concentrating on the task, discussing the topic with their classmates, and completing their worksheets. One boy, whose worksheet is almost empty, isn’t writing or joining in.

The teacher walks over to him:

‘Simon,’ she says sharply, ‘you’ve hardly started. You’d better pull your socks up if you’re going to finish in time!’

Simon looks shocked and flustered. He quickly bends down, and pulls his socks up.

‘Simon!’ the teacher shouts, ‘Enough of your cheek! I will have no insolence in my class.’

Simon burst into tears. He is more confused than ever.

What has happened here?

Simon, a boy with Asperger Syndrome, thought the teacher meant what she said. He took her words literally, and did what he thought the teacher was telling him to do. But she wasn’t interested in his socks – she was actually telling him to get on better with his work. He misinterpreted what she said. The teacher, in turn, mistook his literal interpretation of her metaphorical speech as insolence. He misunderstood her. She misunderstood him. The result: an undeserved reprimand, increased confusion and added stress.

Although we may not realize it, we often do not say what we mean – in a literal sense. Our language is full of idioms – phrases which mean something different from the individual words themselves. Idioms tend to be metaphorical, using one idea or image to represent something else. Although using metaphorical language makes our speech interesting, expressive and informal, it can also make it confusing, particularly for children with an autism spectrum disorder such as Asperger Syndrome. This is because children on the autism spectrum tend to understand language on a literal level.

Since children with Asperger Syndrome are literal thinkers, some parents and professionals try to avoid metaphorical language, so as not to confuse or distress – but this can’t prepare the child for the real world. And non-literal language can be fun! If metaphors are explained and explored in a relaxed, playful way, they can enrich children’s understanding of language and the world, and help them to use language in a less formal and more ‘natural’ sounding way.

My What did you say? What do you mean? cards are designed to enable children with Asperger Syndrome to enjoy metaphorical language too. The cards are divided into two types: What did you say? cards feature the saying and an illustration of its literal meaning, and corresponding What did you mean? cards show the actual meaning. Along with a booklet outlining ideas for games and activities, they can be enjoyed by a group of children or one-to-one. The beautifully illustrated cards can make metaphors fun for literal thinkers on the autism spectrum – as well as for their neurotypical peers – and help to make the world a little bit less confusing.