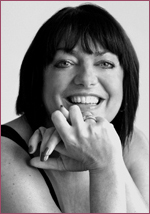 This week, we’re featuring an interview series with Vanessa Rogers, an experienced and highly regarded teacher and youth worker, and author of the recent book, Cyberbullying: Activities to Help Children and Teens to Stay Safe in a Texting, Twittering, Social Networking World.

In 2009 The National Centre for Social Research undertook a study on cyberbullying involving 15,000 children. The study examined the characteristics of bullying victims in secondary schools in England between the ages of 14 and 16, and found that cyberbullying was the most common form of abuse endured by children along with name-calling. However, in my experience cyberbullying is more prevalent amongst young women. That is not to say that young men do not cyberbully, that would be untrue, but the covert, sustained nature of cyberbullying seems to suit the ‘Mean Girls’ style of bullying.

This is backed up by a 2009 study done by Girlguiding UK that revealed that more than a quarter of girls in the UK have been picked on by email, the Internet or mobile phone. These female bullies often rely on their friends, sometimes termed ‘bystanders’ to reinforce their bullying behaviour and feelings of success. This can take many forms that include sending round a ‘list’ of people to target online, bluetoothing on pictures or film or even stealing passwords and impersonating a victim online.

Either way, any work needs to be done with the whole group and in particular targeting the ‘bystanders’ who make a bullies behaviour possible.

Tomorrow: Vanessa shares some advice for teachers who have been victims of cyberbullying themselves.
Yesterday: Vanessa discusses why engaging with social technology can help parents and teachers prevent cyberbullying.

Vanessa Rogers is a qualified teacher and youth worker with over ten years’ experience within Hertfordshire Youth Service, UK, both at practitioner and management levels. Prior to becoming a nationally acclaimed youth work consultant, Vanessa managed a wide range of services for young people including a large youth centre and targeted detached projects for Hertfordshire County Council. Vanessa has written a number of popular resource books aimed at those working with young people, and she also has a column in ‘Youth Work Now’, a supplement of the national magazine ‘Children and Young People Now’. Vanessa’s website can be found at www.vanessarogers.co.uk.