Alex Demetris is an illustrator, cartoonist and maker of comics. He completed an MA in Illustration in 2012, which resulted in a comic based on his family’s experience of coping with his father’s dementia: Dad’s Not All There Any More – A comic about dementia. Here he shares a little about the process of creating the comic and some of his pre-publication sketches (click to enlarge the images).
Alex also co-authored Grandma’s Box of Memories: Helping Grandma to Remember.

The idea for Dad’s Not All There Any More came to me whilst I was studying for an MA in illustration at Camberwell College of Art.  I had been making comics and drawing cartoons as a hobby for a number of years, and decided to enrol on the MA to see how good I could get by focusing on my hobby full time.

The first term involved writing a proposal for a final project.  I toyed with one or two ideas, but it eventually occurred to me that the most interesting subject I could address in my project was what had been going on in my life right then – my Dad’s illness and how my family was coping with it. 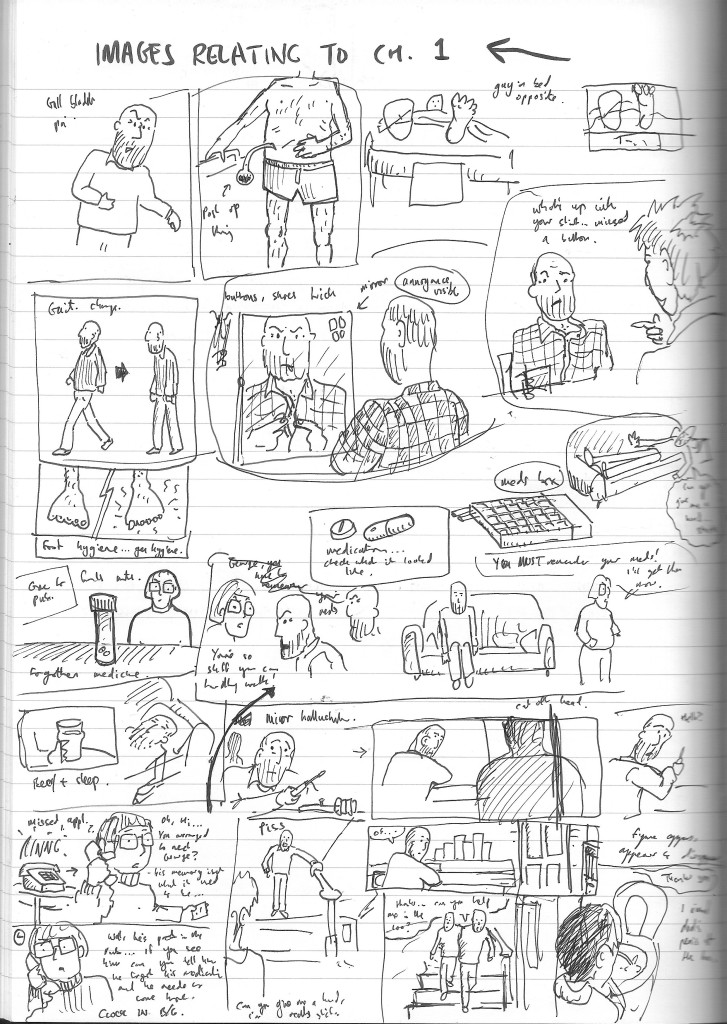 Preparing for the comic involved talking through Dad’s medical records with my Mum, internet research into Lewy Body Dementia, taking reference photos, and doing a lot of character and planning sketches. 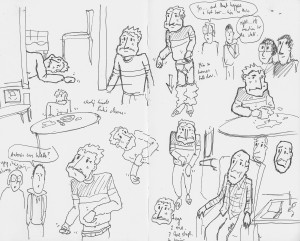 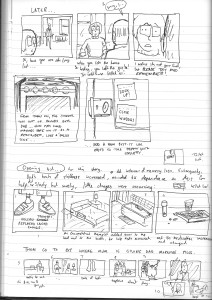 One thing about making comics is that you can’t really edit them once you have drawn them, so it is necessary to meticulously plan out the best way to get the message across in a limited number of
panels.

During my MA I was also learning to use Photoshop as a colouring tool, so I decided to keep the colour scheme simple.  I arrived at the greenish look from some experimentation and feedback from tutors and peers, while the contrasting colouring of the Lewy Bodies and resulting hallucinations in pink developed as I progressed through the comic. 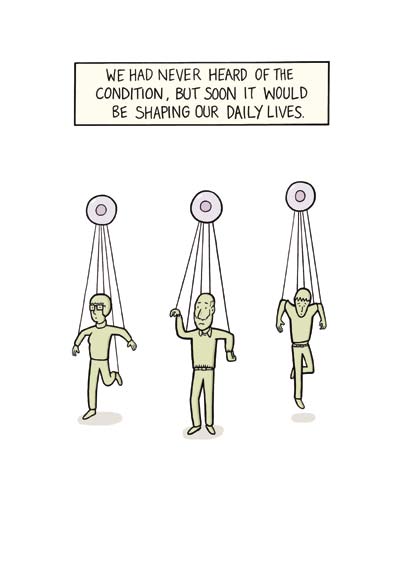 I wanted to create a comic that was entertaining but also educational, to tell a story and also to present facts about a condition that is not well known despite being pretty common.  Additionally, I think that a lot of people view the idea of having a relative in residential care as horrendous, but I wanted to show that in the case of my Dad, who was lucky enough to be admitted to an excellent home, this was not the case at all.  He seemed content and comfortable in residential care, and I enjoyed visiting him there, and seeing what the other residents and staff were up to.

I was very pleased with the final project and am very proud that it has now been properly published.  I hope that, as intended, readers will find it to be both entertaining and educational. 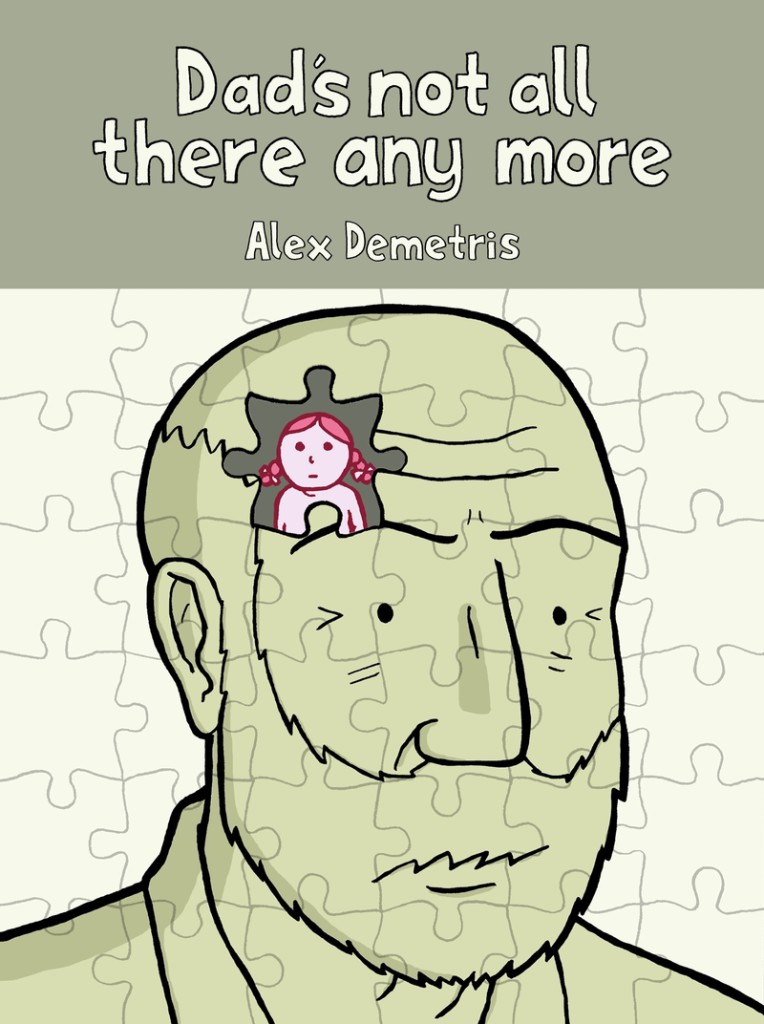 Find out more about the comic, read reviews and order your copy here.

You can also see more of Alex’s work on his website here.

All images are copyright Singing Dragon and Alex Demetris.