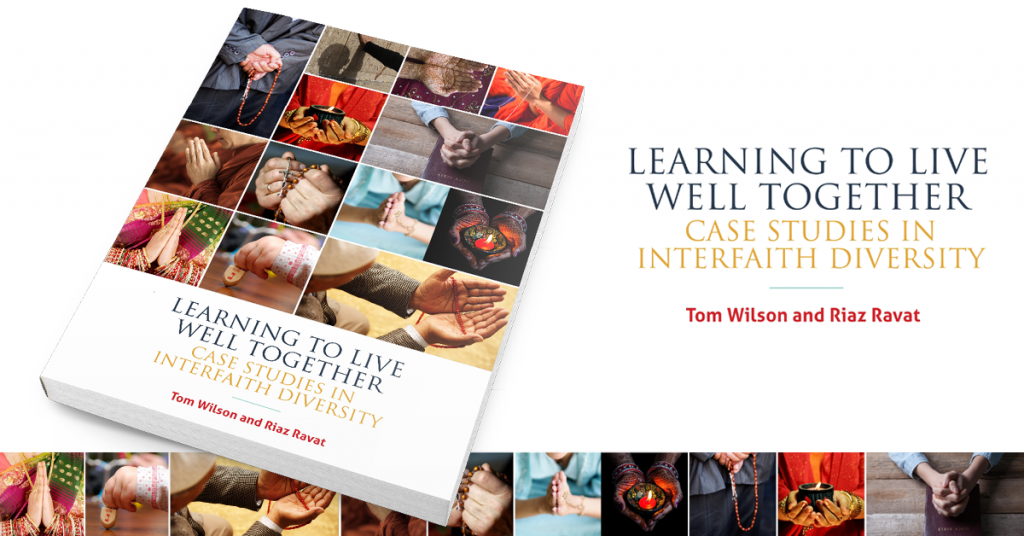 We sought out Reverend Tom Wilson, co-author of Learning to Live Well Together, to find out his advice for frequently encountered issues with regards to interfaith meetings. In the first of two common scenarios, Tom considers how to respond to concerned parents who have approached a head teacher about the prospect of a planned visit to a mosque.

A significant proportion of the work that the St Philip’s Centre undertakes is educational work with school children. We are recognized providers of learning outside the classroom. Our focus is on bringing religious education to life. Rather than pupils reading about Sikhism in a textbook they visit a Gurwara, see the reverence afforded the Guru Granth Sahib and smell the vegetarian food cooking for langar. Instead of discovering that Muslims wash before they pray from a book, they are taken into the Wudu area of a mosque, and their guide explains, step-by-step, the process of purification he undertakes before joining in congregational prayers.

It is the scenario of visiting a mosque that can, at times, unfortunately become problematic. In the past few years, after there has been a major terrorist incident in the United Kingdom, it has become not uncommon for a school visit to be cancelled or postponed. The situation might not be this drastic; it might simply be that parents begin to voice concerns about whether such a visit is appropriate.

The response of the St Philip’s Centre is always to engage, as directly as possible, with those who have expressed these fears. Simple statistics are not especially helpful here. Whilst it may be true that the percentage chance of dying in a terrorist attack is much smaller than the likelihood of a road traffic accident, that type of raw data will not be persuasive. I once had a conversation on this topic with the Chief Constable of Leicestershire Police, who pointed out to me that his daily briefing regularly informed him of “new and interesting ways” in which people sadly pass away. He went on to say that death in a terrorist attack is one of the least likely causes of death, but I doubt this fact would reassure parents who were concerned about whether their children should visit a mosque.

Fear of Islam is not especially new in the UK. As Professor Sophie Gilliat Ray of Cardiff University notes, in the mid and late seventeenth Century, when coffee houses first sprang up in London, some writers termed the beverage they served “Mohametan gruel” or the drink of Satan, fearing it was only a short step from drinking coffee to conversion to Islam¹. More recently there have been controversies over the fact that halal burgers were served in Twickenham Rugby Stadium. Worries about visiting a mosque are not simply a recent phenomenon.

Our approach is first of all to reassure the head teacher as to the plan and professionalism of the visit. We provide details of the day, which mosque will be visited, who will be the guide and so forth. But more important, we always offer to meet with those who have expressed concerns. Where parents are willing to do this, the results are overwhelmingly positive. In the summer of 2017 Riaz, a practicing Muslim and Deputy Director of the Centre, visited a school where a number of parents had expressed concerns about a visit to Leicester the following week. The result was transformative; not only were they reassured as to the value of that particular visit, but they told the head teacher they expected him to be doing more of the same in the weeks and months ahead.

Not everyone is prepared to engage in this type of face-to-face encounter, and occasionally such encounters do not achieve such a positive result. Sometimes a head teacher has to remain resolute in the face of protests. In one situation, Sunni Muslim parents approached a head teacher and expressed concerns that their children were being taken to an Ahmadi mosque. The school is a private one, and the parents threatened to withdraw their pupils unless they were permitted to miss the visit. The head teacher explained that whilst he welcomed their involvement at the school, he expected all pupils to be open to meeting others, including those with whom they had doctrinal disagreements. There was no expectation that these children might change their religious perspectives as a result of the visit. But refusing to take part at all was not an option the head teacher was prepared to accept. Happily, the pupils were able to participate, and so had an encounter that would never have taken place in any other circumstances.

We do not condemn those who have concerns; censuring others does not build productive relationships. We question the legitimacy of those concerns, doing our best to educate people about the lived reality of Islam in the UK today. But we also recognize that not all fears are rational or logical. Only by taking them seriously and building relationships that enable people to let go of their fright and take hold of friendship can we begin to learn how to live well together. 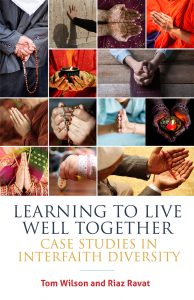 Tom Wilson is co-author of Learning to Live Well Together alongside Riaz Ravat, their ground-breaking book draws on their work at the St Philip’s Centre in Leicester and presents a collection of case studies to show how people from a variety of religious backgrounds and ethical convictions have learnt to coexist peacefully. Without shying away from the conflicts and challenges that have occurred, the book focuses on the lessons learnt and offers real examples of how to promote positive interfaith relationships.

It is an excellent resource for anyone wishing to understand the issues of religion and belief that may arise at local and national levels, and develop appropriate attitudes and actions for peaceful resolution.

To find out more, and buy the book click here.