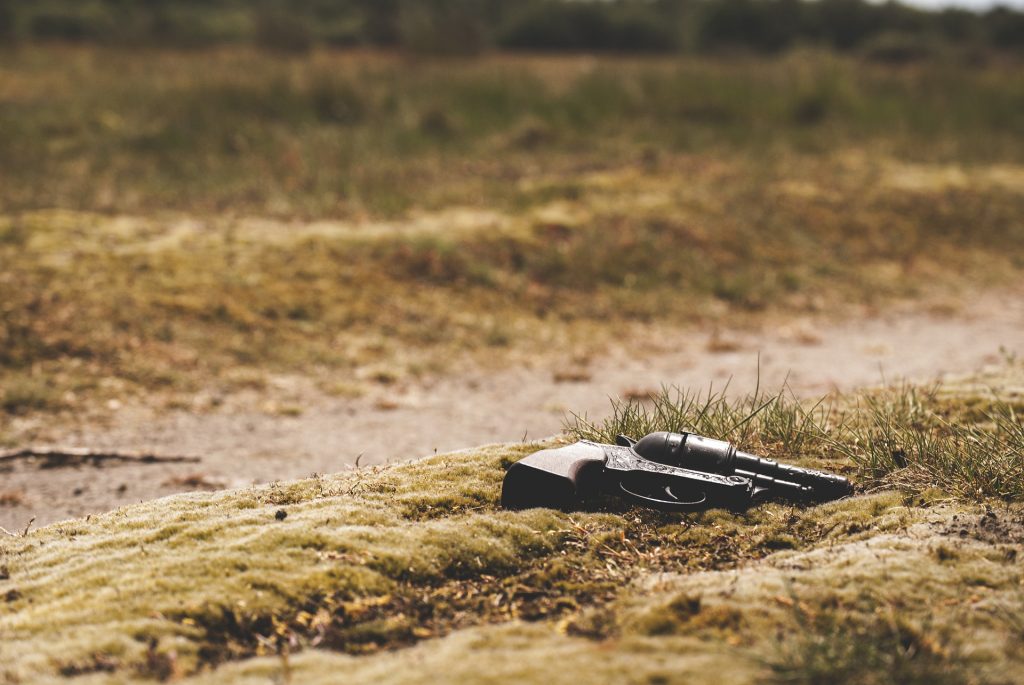 Violence often appears to come ‘out of the blue’. This contention might almost be intrinsic to any account of the experience of any individual who finds themselves ‘on the receiving end’ of an act of violence. Repeated violence, almost by its very nature, risks ceasing to be experienced as violence at all – think of patterns of domestic violence or self-injuring practices – or the tweets of the President of the United States – or the newspaper columns of the United Kingdom’s recently-resigned Foreign Secretary.

And yet: human behavioural violence is not random. It involves an agent – the doer of the violent deed. In turn, the violence of this agent emerges out of the self state, the state of mind, of the agent: an act of violence is the external expression of an internal state of mind. James Gilligan, who has greatly honoured us by contributing an epilogue to these volumes, has argued that all interpersonal human violence comes down to feelings of shame and humiliation and feeling disrespected.

From a psychodynamic perspective we might characterise such states of mind as unstable states in which a ‘bad object-relation’, a node or nexus of tension and aggression and ambivalence, experienced as intruding upon the self, has to be evacuated in pursuit of the unconsciously hoped-for restoration of equilibrium. Put more simply: I feel shamed or ‘dissed’ – there’s then a relationship in my mind between ‘me-who-is-dissed’ and ‘he-who-dissed-me’ – the feelings associated with this are increasingly difficult to tolerate – eventually I lash out at someone else ‘out of the blue’ – at least momentarily, I am powerful and someone else has the bloody nose or the black eye – the feelings associated with ‘me-who-was-dissed’ are no longer available, they belong now to the person I have humiliated in turn.

It’s ‘out of the blue’, for me, when, working a cold weather shelter one winter’s night (if the reader will accept testimony from my own experience), I am suddenly attacked from behind and thrown to the ground by a homeless man who has taken refuge there. But it wasn’t ‘out of the blue’ for my assailant – I suspect his violent state of mind had been building and bubbling a while – and so might mine have, if I had been out and about that night on the streets of South London.

What finally did it for him (I have many times since reflected) was probably when I happened to turn my back towards him (in order to go fetch something, as I recall). His violent act emerged out of his violent state and was ignited by his experience of the violent, humiliating or shaming disregard that I (inadvertently) performed for him. And then we must imagine the kind of life experiences that had led this man into this particular predicament – and reflect upon the violent state that might be understood to obtain, when the fifth largest economy on the planet can’t quite manage to meet the basic housing and social care needs of its vulnerable populations. 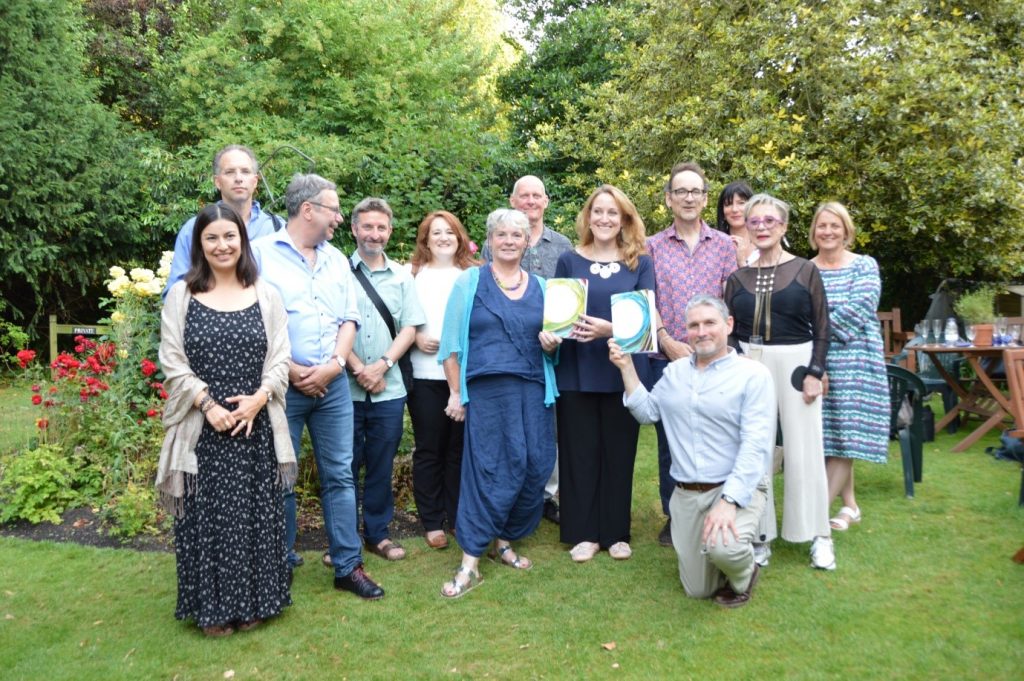 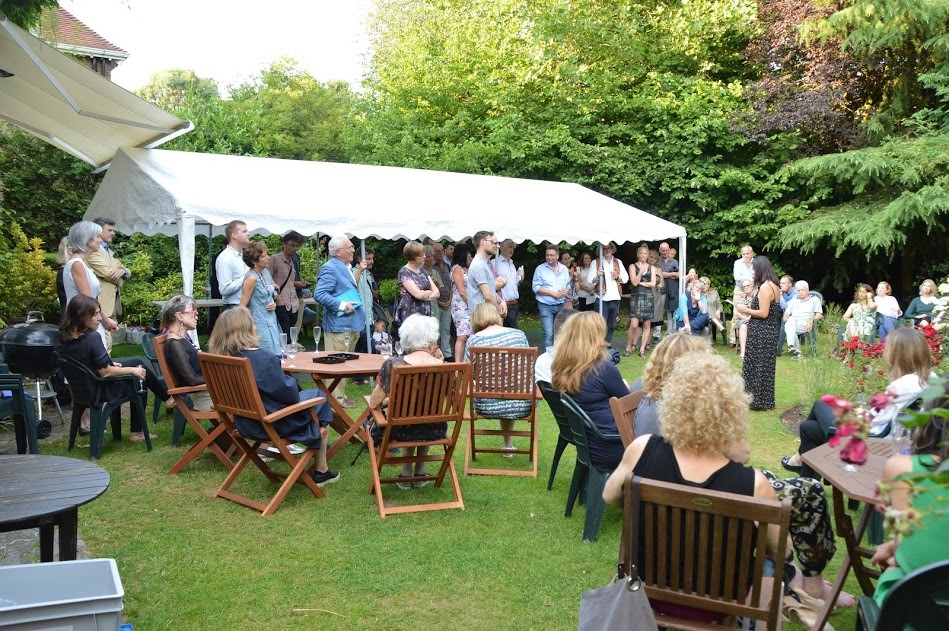 This two-volume set of essays on violence and creativity has at its centre the observation that even individual or behavioural violence occurs within an ecology that encompasses not just immediate family and community but society as a whole. We hope to show that, just as an individual can be in a violent state of mind, societal structures can take on ‘violent states’ – not only in the political construct of the ‘rogue state’, but in the sense that anti-Semitism or Islamophobia or misogyny or neo-liberalism or biosphere destruction might be understood as ‘violent states’ that effect harm to the body politic (and also give rise to individual violence).

Those who lost their lives in the Grenfell fire, on this view, died not ‘simply’ of smoke inhalation ‘out of the blue’; they died of an ongoing slow-boiling ‘structural violence’ – just as the victims of Hurricane Katrina in New Orleans did not die of drowning, so much as they were killed by structural violence at Federal and State level: by the failure to repair the Mississippi levees and by racial segregation pursued in public policy by covert means (which latter factor is explored in the first contributor chapter in these books, on the violent State of racial segregation in the housing policy of Baltimore).

Throughout the thirty-two chapters of these two volumes, we invite the reader to position her/himself in the liminal spaces between two pairs of concepts: in the interplay between violent states of mind and violent States of society; and across the subtle distinctions or the mysterious fine line that may separate a violent state, of mind or society, from a creative one.

Violence begets only violence. This book project is first and foremost an activist project: we are looking to contribute to violence reduction, not only to the theory of violence reduction. We also hope that our authors may have helped to shed light on the wellsprings of human creativity: how a destructive death impulse and the healthy, creative life impulse, may be inter-related; how to divert the flow of human destructiveness into more creative channels, at the level of the nation State and the global community as well as in individual states of mind.

In a creative state of mind, unbearable experience can be integrated into the psyche instead of needing to be got rid of; likewise in a creative State, the feared or hated ‘other’ is not expelled, be it an idea or an individual or a people – the ‘other’ instead is received, engaged with, respected, accepted, even celebrated. In these dark times, that’s not just a project and a book worth launching – that’s more like an urgent and overriding imperative.

The above blog is by author John Adlam, Consultant Adult Forensic Psychotherapist at the Bethlem Royal Hospital, London, as well as a founding member of the Association for Psychosocial Studies. 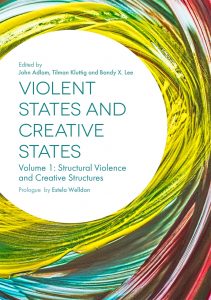 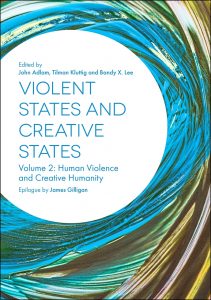 Violent States and Creative States (2 Volume Set)
In considering the different states in which individual acts of human violence take place, this two volume set reveals through thorough analysis the opposing state of violence to be creativity. With contributions across a range of disciplines, this is the first integrated approach to move beyond merely mitigating violence to fostering creativity as a means of prevention. Find out more about each volume by clicking the book covers above.