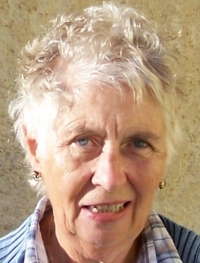 Maggie Kindred is a retired qualified social worker and practice teacher with many years of experience. Here, she answers some questions about her new JKP book, A Practical Guide to Working with Reluctant Clients in Health and Social Care.

Who are ‘reluctant clients’ and why might they reject the help they so desperately need?

There is a sense in which everyone is a reluctant client, just as a dentist’s patient is not exactly there by choice!

However, ‘involuntary clients’ in social care are those who have become so through the will of others: the courts, relatives who have sought help on their behalf, professionals such as doctors who are worried about them, or members of the general public who have reported concerns to the police or statutory authorities. Sometimes the primary client is a child or vulnerable adult, where his or her carers are forced into receiving services on his/her behalf.

It would be easy to define a reluctant client as someone who is unmotivated, but this judgemental idea is too simplistic. I believe that, paradoxically, one has to have a reasonably high sense of one’s own worth to be able to accept help in the psychological or social welfare spheres. Many people whose lives have gone badly wrong simply cannot face intervention because their self value is so low – hence they become involuntary clients. Also there is a huge element of fear. There are still older people who think of a care home as the workhouse, for example. Add to that the social stigma which still attaches to ‘receiving’, especially in the statutory sector, and it is hardly surprising that people who have felt undervalued all their lives are unwelcoming to someone who may have the power to remove them or their children from home, tell them what to do, and dismiss their struggles to cope.

Why did you decide to write this book? Why was it so important for you to write optimistically about an issue that is ‘far from light’?

During my years as a social worker, I became more and more aware of how hard it is for people from disadvantaged backgrounds to overcome their obstacles, be they illness, poverty, physical and emotional abuse, or learning difficulties. At the same time, I found myself challenging the attitudes I found around me, from other professionals some of the time, and from the media and general public all of the time, who, without understanding, and usually without any personal knowledge of such clients, would use words like ‘feckless’, ‘scroungers’, ‘lazy’. As the years went on, I treasured the experience of establishing a rapport with some clients enough to be able to work together. This was work satisfaction like no other!

On a personal level, a sense of my own inadequacy makes it easy for me to understand why people do bad things, and refuse to accept help – there is therapeutic value in it for me.

Tell us about your first interaction with a reluctant client. What went right? Why would it have been useful to have read your book beforehand?

This is a very good question.

Like all such important experiences, my first visit – normally you would not expect an involuntary client to come to you – is imprinted indelibly in my consciousness.

I turned up, on a cold January day, stomach churning slightly, at a house on a council estate, introduced myself and my agency and said I had come to see how I could help. The client, predictably enough, said she did not want any anything….

I truly believe, though I cannot prove it, that what went right is the fact that I found it very easy to see something of how my client saw the world: the bleakness, the comfortless, cold house, the lack of anything to look forward to, being surrounded by others in similar, if not worse situations, being hardly able to read and write, having become a parent at sixteen, being deserted by her partner. This communicated louder than any of the clumsy words I produced, and probably allowed me to stay in the house and begin a dialogue.

If I had read something specific, like my book, about working with reluctant clients, instead of only basic social work texts and counselling techniques, useful though those were, I might have started, after introducing myself, by saying that the client had told her community nurse that she was finding it difficult to manage her money. This would have made the source of the referral, and what had been said, much more explicit, a very important point for establishing honesty between worker and client. I have to admit, though, as a student, I had been given an easy situation, in that the client had offered the community nurse a small point of entry for me. It is far more difficult when you have to say that someone has made a complaint about the care of the children, but the basic point of starting honestly remains the same. My book hopefully helps the student to value the torrent of abuse which may follow their introduction of themselves, as a start of a two way process where they can acknowledge what an imposition their visit must be.

What are the most common mistakes service providers make when encountering a reluctant client for the first time?

The book proposes, quite simply, that awareness and acknowledgement of your motivation and sore spots are paramount. It is impossible to raise awareness yourself when under extreme pressure or where unconscious issues in yourself are being touched on. Therefore, a good supervisor is essential.

Why might it be difficult for service providers to recognise the rewards of working with reluctant clients? Why is it important that they do?

The wider society is involved here, I believe. Generally speaking, it is problems, service failures and tragedies which are publicised. So workers are encouraged, consciously or otherwise, only to write up problems. I remember being criticised for recording the positive things in a scenario. So it is hardly surprising that service managers don’t know about the rewards, because they are not told, and this rolls on to the workers themselves not recognising them.

Given that resources for helping people are so scarce, it is particularly important to correct the impression that money is simply being poured into a bottomless pit of unresponsive clients who never change. Our profession needs to educate society about the unseen rewards: the former dangerous person living successfully in the community, the parent accepting support to care for her child, the sexual abuser managing his condition.

Is the goal to turn reluctant clients into willing clients?

One of the most important messages I would want to give to a newcomer, as explained on page 38 of the book, is that your reluctant client will probably never change this aspect. Why should s/he? Compliance with you and your rules is a massive victory. If you can rejoice with your clients when they are finally getting rid of you, this is very liberating. Social work and care does not change people’s personality fundamentally, it helps them function.

On receiving this question, I thought perhaps there was a little wish inside me that I could turn a reluctant client into a willing one. On reflection, I don’t know how the change could be validly recognised.