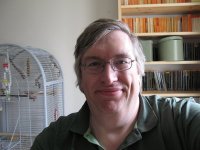 By Ian Stuart-Hamilton, Professor of Developmental Psychology and Faculty Head of Research at University of Glamorgan, Wales, and author of The Psychology of Ageing, now in its fifth edition.

This sounds like a typically tedious middle-class academic’s remark, but the truth is that this book’s life started at a drinks party at Cambridge University. In 1991 I was attending a conference and was asked by a publisher’s rep if I’d like some more of the warm liebfraumilch, and by the way, did I have any ideas for new books? I have a dim record of the ensuing conversation and a vague memory of giving her my address before going into the traditional conference dinner of rubber chicken. A few days later, a letter arrived from Jessica Kingsley asking me to submit a more detailed outline with a view to publication. The rest, as the cliché says, is history.

Thus, more than two decades later, the fifth edition of The Psychology of Ageing: An Introduction is to be launched on the world.

The significant changes in the new edition can be summarised as follows. First, it is a lot bigger – about a third larger in size than the previous edition. This is in part because of the new chapter (of which more below), but also because nearly all the chapters have been considerably expanded to take account of the growth in the research literature over the recent past. In part this is a matter of updating what new things have been found within an existing area of study. However, new fields of research are now opening up, and these require critical coverage. For example, the greater availability of brain scanning equipment means that studies of neuropsychology are becoming commonplace, particularly in intelligence and memory. Although these have been mentioned in previous editions, this time the topics are given far greater prominence.

Within chapters, topics are broken down into reasonably bite-sized portions, each of which can typically be read without having to read too much of the preceding text. I am, however, aware that a lot of readers will not have an extensive (or indeed any) background in psychology, so I have included a few explanatory notes (that more experienced readers can easily skip over) or in the case of longer explanations, appendices (e.g. describing basic anatomy of the brain and how nerves communicate with each other). I firmly believe that if you can understand a science documentary on television, you should have no conceptual difficulties in reading this book.

Before this deters any academic readers thinking that this is a lightweight book – it isn’t. For students (undergraduate and postgraduate), lecturers and academics in cognizant disciplines, this will serve as (I hope) a respectable primer in the field – the challenge for these readers is what they do with the knowledge in forming their own, more detailed studies.

I mentioned earlier that there was a new chapter – this is on Death, Dying and Bereavement. I have previously resisted including this chapter, not because of any aversion to the subject, but because researchers are divided on whether the topics should be considered as part of ageing, or should be regarded as a separate discipline. In this edition, I have decided to include a chapter. It covers the key issues of the processes of dying (including a critique of Kubler-Ross’s theory), differences in approaches to death and dying, etc. In short, the key psychological topics are covered. I have avoided straying into what I see as being the preserve of sociology and history (e.g. cultural differences in funeral rites and similar) to keep the psychological flavour of the book undiluted.

However, not all has changed. The glossary of technical terms has been saved, the writing style is (I hope) not all that drastically different, and I have tried to keep the level of explanation the same as in previous editions. These are the things that critics have liked about my earlier books, and I am not about to start biting the hand that has stroked my fur so nicely over the years.

Anyway, I hope you enjoy the book. I am currently writing another one for Jessica Kingsley, which will be out at some point in the future, probably dependent upon when my parrot permits me to type without pestering for food.