Research shows that at least 5% of schoolchildren are likely to have dyslexia.  Children sometimes lack the maturity to ask for help and things can go sour when they’re left to fend for themselves. With the aim to assist both parents and educational practitioners to recognise the emotional turmoil that young dyslexics face in life, Neil Alexander-Passe explains the link between dyslexia, self-harm and attempted suicide. The author’s new book Dyslexia and Mental Health: Helping people identify destructive behaviours and find positive ways to cope is out now. 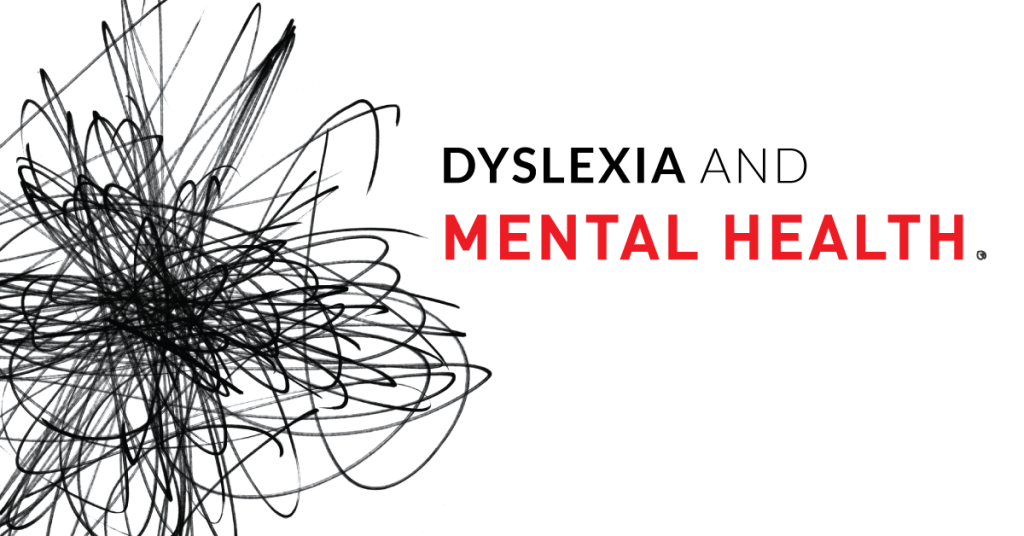 If you were forced to attend school in Japan without the aptitude to understand the language nor pens and pencils to record what is required, you might not mind if it were only for one day. However, imagine you were legally forced to go five days a week for eight hours a day for ten or more years. Is this fair? I’m sure you would agree not. Well this is exactly how a dyslexic feels. They lack the skills and tools to understand school, and are marked poorly by the lack of such abilities. Everywhere they turn, they see books, and the ability to read and write are valued above all other skills. You can appreciate that they could feel helpless and lacked of control in their lives.

To make matters worse, most teachers lack the skills and aptitude to recognise a struggling learner in their classrooms. It must be said that dyslexic children begin to develop self-protecting strategies to camouflage themselves from showing up their lack of skills, especially amongst their able-bodied peers. Such strategies can include: hiding in class, being the class clown to cover up for the lack of abilities, being the class helper to avoid writing tasks, forgetting homework on purpose, and calling in sick to avoid lessons when there are spelling tests or they need to give in homework. They develop sensitive antennas for situations that might highlight their difficulties, and quickly put in place back-up plans to avoid trouble.

It should also be recognised that children sometimes lack the maturity to ask for help from teachers, and get bored waiting in a long line for help. Calling out in class is sometimes seen ‘bad behaviour’ but in reality it is the child asking for help, albeit not in the way the teacher would prefer.

Regaining control in a world they can’t control

When dyslexics feel that they have no control over their life at home and at school, and feel like failures at everything they try to achieve, they begin to look for ways to feel better.

We all can recognise comfort eating; maybe a chocolate bar when you feel sad – but self-harm goes beyond this. Food, if taken to extremes can give an individual some control in a world they feel is uncontrollable. They are forced to go to school each day; even though they hate it and are taught in ways they can’t learn. Over-eating and becoming obese can protect them from social situations that might require them to read or write (e.g. reading the bus timetable; reading numbers on a bus to meet up with friends; reading the name of the film being shown at the cinema; reading a timetable etc.). They might take the other extreme and think if they didn’t eat they would be so small and thin that no one would recognise and take note of them.

Others see that drugs are a way to escape the harsh world they believe they live in, so sniffing glue or taking drugs will bring a high that allows them a respite/escape even for minutes from the pain they feel at school and home, being socially excluded or by them not having a job.

Self-harm through cutting allows a sense of control in their lives, it also gives an adrenaline high to the body. It allows an individual to regain control of some aspect of their life, however it can become more dangerous in their pursuit of this natural high. Easy to hide at first but harder as time goes by with constant cutting.

In the extreme, the need for an escape through risk-taking can lead to putting one’s life in even more dangerous situations (e.g. playing on train lines, getting into fights), however it is with attempted suicide that can be shocking in young dyslexics from a very young age of seven years old. They want to escape a world they feel excluded from, they also see the pain and anguish they are putting their parents through and want to save them from further pain. Sadly many dyslexics do take their lives but such deaths are unrecorded as they haven’t left a suicide note, as that would require writing, a task they feel is very hard and they want an escape from.

It is interesting to note that some dyslexics get into fights to break bones, especially arms and hands to avoid writing tests. Such calculated lengths to avoid taking tests should be recognised, along with unrecognised dyslexic children forcing themselves to be sick just before a test to avoid being judged badly in front of peers. The lengths some dyslexics go to preserve what self-esteem they have can be remarkable.

What can be done?

Neil Alexander-Passe is the Head of Learning Support (SENCO) at Mill Hill School in London, UK, as well as being a special needs teacher and researcher. He has taught in mainstream state, independent and special education sector schools, and also several pupil referral units. He specialises in students with dyslexia, emotional and behavioural difficulties, ADHD and autism. Neil has written extensively on the subject of dyslexia and emotional coping and, being dyslexic himself, brings empathy and an alternative perspective to the field. Find out more about Neil’s work here.

Read Neil’s other blog post: The lifelong social and emotional effects of dyslexia