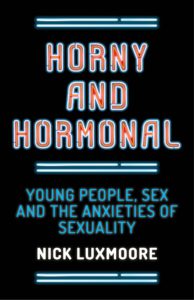 A Year 9 girl is posting naked pictures of herself on the Internet. A Year 10 boy thinks he might be the wrong gender. Younger boys in school are asking where they can get hold of condoms. An older girl is worrying that she might be pregnant. A boy is being bullied by a group of his peers saying he’s gay. Younger students are feeling the first stirrings of sexual desire while older students are beginning their first sexual relationships. All of them are wondering if they’re normal and most are watching porn to find out. Meanwhile, at home, there are parents starting affairs, parents moving in with new partners and sons and daughters trying to make sense of this. Some parents are saying that there should be better sex education in school while others are saying there should be no sex education at all….

Sexuality pervades education. It pervades schools and colleges. It interferes with learning. It affects the quality of everyday relationships between students and staff. It affects our ability to trust and be intimate. As professionals, we rarely speak about or acknowledge any of this, yet the more we repress it, the more to emerges in unfortunate and sometimes destructive behaviours. A girl starts cutting because she can’t talk to anyone about her girlfriend. A boy stops coming to school because of homophobic abuse. A girl hides her anxiety about how she looks by swearing at teachers. A very unconfident girl feels pushed into starting a sexual relationship. A clever boy loses all interest in schoolwork because he’s in love.

How do we allow for these experiences? We can pretend they’re not happening and exhort students to focus ever more single-mindedly on their exams, or we can make ourselves available for conversations about these things, knowing that happy, less anxious students always work more effectively. But we have to be proactive. Most students won’t talk about these things unless they’re asked or unless the prevailing school culture makes it possible. They rely on us to do the asking, to initiate the conversations.

So we have to be confident; we have to be robust, unshockable; we have to understand how much these things matter to students, accepting that they matter at least as much as any coursework or exams. We have to be approachable and model approachability. So do we greet our colleagues formally or in more casual ways? Do we call each other by our first names in front of students? And if not, why not? Do we dumb down the way we dress or dress more expressively? What are our celebrations like? Are they formal and predictable or spontaneous and fun?

In education, as in sexual relationships, there’s always a balance to be struck between structure and spontaneity. And the balance is always shifting with students watching, taking their cues from us. They absorb messages that we may not always intend but which make it easier or harder for them when it comes to sex and sexual expressiveness: messages about how other people express affection, about how much of themselves other people choose to share, about what socially acceptable and what’s considered shameful. They watch the way we do things.

There’s a terrible taboo that holds us back and makes it much harder to model for students a measured openness and spontaneity…. A student wants to talk about something important, something personal, a sexual relationship perhaps. So we find a time and a space where we won’t be interrupted, and when the time comes, we sit alone with the student. The intimacy of this is disconcerting. Anything could happen. At no point on a teacher-training course does anyone warn trainees of the fact that “At some point in your career, you’ll probably fall in love with a student. You’ll certainly find students sexually attractive!”

So when this happens, as it inevitably does, it’s hidden away as a shameful secret never to be acknowledged. And that’s potentially dangerous. A few years ago, when a teacher in the UK ran off to France with a 15-year-old student, everyone in the schools I visited was talking about it – all the teachers and all the students – because everyone had a vested interest in the story: some had no doubt felt similarly about a student or a teacher, but everyone had imagined what it would be like….

It’s hard to sit alone in a room with a student and especially hard to help them talk about sexual issues, not only because of the self-conscious intimacy, but because the student is young. We’re filled with paedophilic anxieties. “What does this situation mean? What if the student really likes me? What if I really like the student? What if I become aroused?”

I think these anxieties are normal. They’re not unprofessional. The trouble is that the taboo about acknowledging them makes it more (rather than less) likely that some inappropriate relationship will develop and also, therefore, makes us more reluctant to engage with students where sex and sexuality are issues. Ultimately, it’s the students who suffer because of this and who must continue their progress through education still with no one to talk with, still alone, still trying to keep education and sexuality separate.