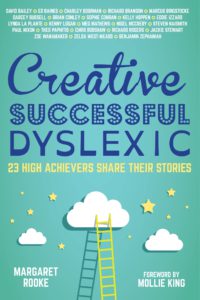 The launch of Margaret Rooke’s Creative, Successful, Dyslexic in paperback at Newham bookshop last Thursday was a celebration of the determination, creativity and outlook that dyslexia brings with it.

Involving a panel of experts in dyslexia as well as a special guest appearance from You Magazine’s ‘Agony Aunt’ Zelda West-Meads, the launch saw some inspirational talks.

“The most important thing,” Zelda revealed, “is for a child with dyslexia to know it’s nothing to do with intelligence, just something that gets in the way of their learning.  They should use it to be determined to be successful!”

In fact Zelda, who is one of the book’s contributors, now looks on her dyslexia as a gift: 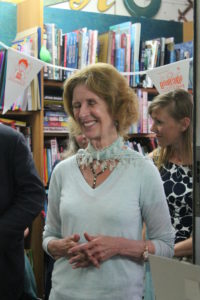 “It [dyslexia] gave me a sense of compassion.  I’ve always worked as a counsellor.  It’s very rewarding yet can be quite distressing- and I think people feel like they can open up to me because of what I’d been through as a child.”

From the talks also emerged some very sound practical advice.  Alison Keeley from Dyslexia Action had this to say:

“What should you do if your child is diagnosed with dyslexia?  Contact a dyslexia charity – we offer advice.

“Reading is reading.  Encourage them to read poetry or non-fiction.  Or if they want to listen to an audio book, or read a graphic novel, or watch a film – they’ll get that familiarity and then be able to transfer that to a book.   There are so many different ways to read.”

When asked by Margaret why she feels Creative, Successful, Dyslexic is so appealing to children with dyslexia, Alison added: 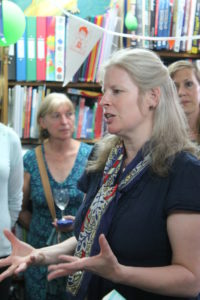 A recurring point raised throughout the talks was the importance of providing dyslexic children with a strong level of emotional support.  Pennie Aston, for instance, who is the founder of dyslexia counselling service GrOops, revealed that “those [from the book] who had support throughout their lives were the achievers.  They were told that you ARE the norm.  You CAN achieve!”

Zelda West-Meads added that “it’s very important for teachers to know and understand children with dyslexia” whilst Alison Keeley said that “because dyslexia is a hidden disability, you sometimes need that person to speak up for you.”

At the heart of the talks was none other than Margaret who described the journey she went through in writing the book.  “When my daughter was diagnosed with 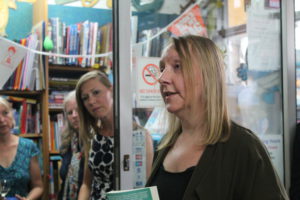 dyslexia at 13,” she revealed, “we were shocked.  By 11 she had all but stopped learning and the realisation that something was not right, followed by a diagnosis of dyslexia, meant we suddenly had no idea of what the future might hold.”  Compelled as a mother to give her the best level of support, Margaret set about using her 20 years’ experience as a writer on national newspapers and magazines to approach the 23 high achievers with dyslexia whose stories form the book.  Its aim, she says, is “to reassure anyone with dyslexia and their loved ones – together with any others who do not seem to shine naturally at school in these results-driven days.”

Click here to find out more about Creative, Successful, Dyslexic