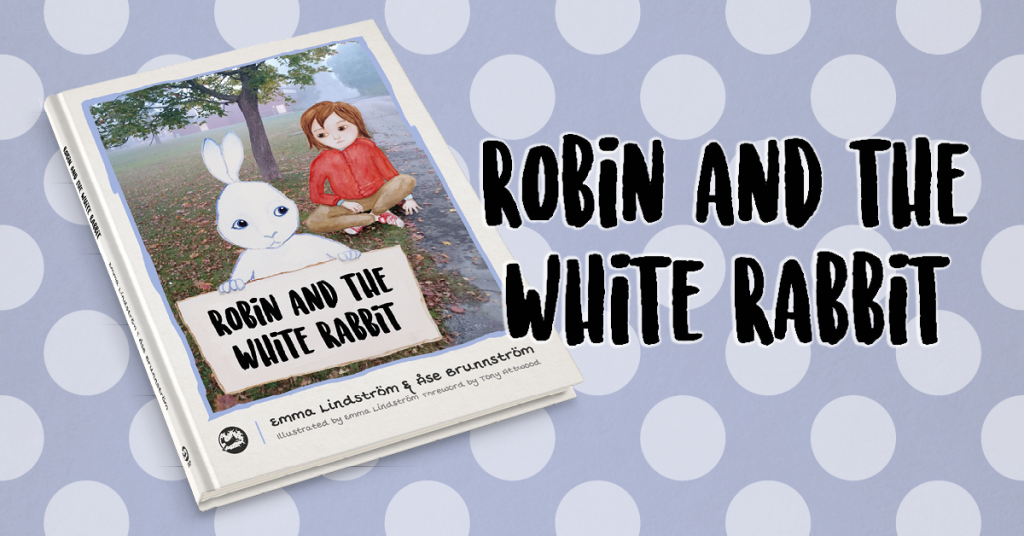 The heartbreaking motivation that compelled Åse Brunnström to find a way to help carers communicate visually with hard to reach children.

One day in 2009 sparked the inspiration for Åse and led her to investigate the different ways in which visual communication could be approached to help hard to reach children, dedicating her time to creating a universally accessible resource for the professionals, teachers and parents who would need it. The result was Robin and the White Rabbit, illustrated by Emma Lindström, a vital tool that helps children express and understand their thoughts and feelings through the use of visual communication cards.

It was during a freezing December in 2009 that Åse realised the power of images as a tool for healing. A regular visit to a psychiatric ward to meet a girl named Evelina – yet to be diagnosed with autism – turned dark when once again Evelina had been found with fresh cuts to her wrists and elbows. Evelina had a problem with self-harming and she would often call Åse when she wasn’t feeling well. The staff at the time had seemed overwhelmed, and unsure of what to do with a visitor they no longer wanted around, lest she judged their shortcomings.

Amidst the chaos, 19 year old Evelina was frozen upright, thin and stiff, with tears rolling down her cheeks, locked in her own mental anguish. Intermittently she would rally against the carers – who were trying to take her razor blades away – with fragmented screams and sobs, she had seemed a whole world away from those around her with no safe place to turn. Eventually the carer’s relented and Evelina’s wishes were observed; all but one of the carers left to give her space, and then finally it was just Evelina and Åse. Åse sat on the bed holding Evelina’s hand noting how cold it was and how small she had seemed, thinking about how lost she must be in the dark world of her thoughts. After a long moment, Åse had suggested that Evelina rest, and after tucking her in and comforting her with her cuddly dog toy, Evelina had finally calmed down enough to open up.

‘When you were a kid, did you used to like bedtime stories?’ asked Åse.

‘Yes, the stories without pictures. I do my own pictures inside my head.’

‘Can you tell me a story with the pictures that you see?’

She hunkered down, pulled the thin yellow blanket over herself and closed her eyes. Slowly, she tells Åse about a land far away…

A green meadow fills her vision, and in it stands two horses, one black and one white, grazing in peace. She is a handsome knight dressed in shining armour who wants to ride a steed, but she does not know which horse she will choose. She looks at them and decides to call over the white horse. The horse canters over and stops in front of her, pushing tenderly at Evelina with his warm soft muzzle, allowing Evelina to saddle her. She soars upwards and gallops out of the meadow on exciting adventures in a landscape far removed from the locked psychiatric ward on an unusually snowy winter evening, in Stockholm, in 2009.

Evelina, 19, was involuntarily committed to a locked psychiatric ward and is now being assessed for Asperger’s syndrome. Åse had been hopeful that Evelina would get help, but she continued to cut herself. She is not unique; there are many girls and boys with what Åse calls this ‘bottomless despair’ inside. A 2015 study carried out by the Karolinska Institutet in Åse’s native Sweden, and published in The British Journal of Psychiatry, revealed that the risk of premature death is about 2.5 times higher for people with autism spectrum disorder than for the rest of the population. Likewise, a report by Autistica last year disclosed that people with autism are dying 16 years before their time, with one of the leading causes of early death attributed to suicide. As well as this, a 2014 clinical study carried out by researchers from Coventry University found that 66% of people newly diagnosed with autism had reported having contemplated suicide, and 35% of people newly diagnosed with autism had also planned or attempted to end their life, with a further 31% reporting that they suffered from depression. Tatja Hirvikoski, researcher at the Karolinska Institutet said “There’s a very clear connection between ASD without intellectual disability and a raised suicide risk,”.

This is simply not acceptable. Their despair can and must be alleviated, and may be helped through better communication and a greater ability to share their feelings with those that can help. We must be careful when asserting what is best for all children, as the pioneering Lorna Wing said “We need to see each child as an individual; to help them we need to understand all their particular skills, difficulties, behaviours and emotions.” In some cases children with autism, or special needs, would benefit from visual call methods (such as the CAT-kit or Talk Mats) rather than verbalising their thoughts and feelings, which they may have difficulty doing. Despite Åse’s best attempts to convey the value of these activities to the staff at the centre where Evelina was cared for, neither the; physician, social worker, psychologist, nor any of the nursing staff in the department knew about it, or how to use it. Åse has been determined to foster a greater understanding of the approach ever since.

How does the book help?

By following what Robin does with the white rabbit the reader is gently guided into a cathartic activity where they are encouraged to share likes, dislikes, feelings and concerns through a simple, non-judgmental activity that helps to build trust, understanding and a way out of social isolation. The simple task is deliberately less taxing than asking a child to verbalise their thoughts and is especially suitable for sensitive individuals perhaps with social anxiety, communication problems or who are on the autism spectrum. Robin and the White Rabbit is a useful tool that could be a first step in the right direction for many; and can be read with the guidance of parents, professionals, and teachers. 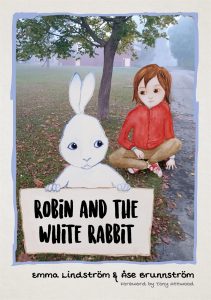 Discover Robin and the White Rabbit here, and enhance the well-being of sensitive children by giving them a tool to express themselves.

If you would like to find out more about communicating with hard to reach children, and hear the latest news and offers on books relevant to you, why not join our mailing list? We can send information by email or post as you prefer, and you may unsubscribe at any time.

You may also be interested in liking our Autism, Asperger’s and Related Conditions and Special Educational, PSHE and Early Years Resources Facebook pages.