Jonas Torrance provides creative therapy & behaviour support for autistic children. His first book, Therapeutic Adventures with Autistic Children: Connecting through Movement, Play and Creativity is published by JKP on 21st May. Here, Jonas describes a case study in which a little understanding went a long way.

Jamie, an autistic boy, is in maths. The boy behind him begins to absentmindedly stroke Jamie’s back with a pencil. He lets the pencil drift up, and then back down. Jamie starts twisting in his seat, shouting and tearing off his clothes. The maths lesson descends into chaos.

A few days later, Jamie is able to explain why he was so distressed – the sensations of the pencil on his back made him think that the whole back wall of the classroom was collapsing, and that he was about to be crushed to death. 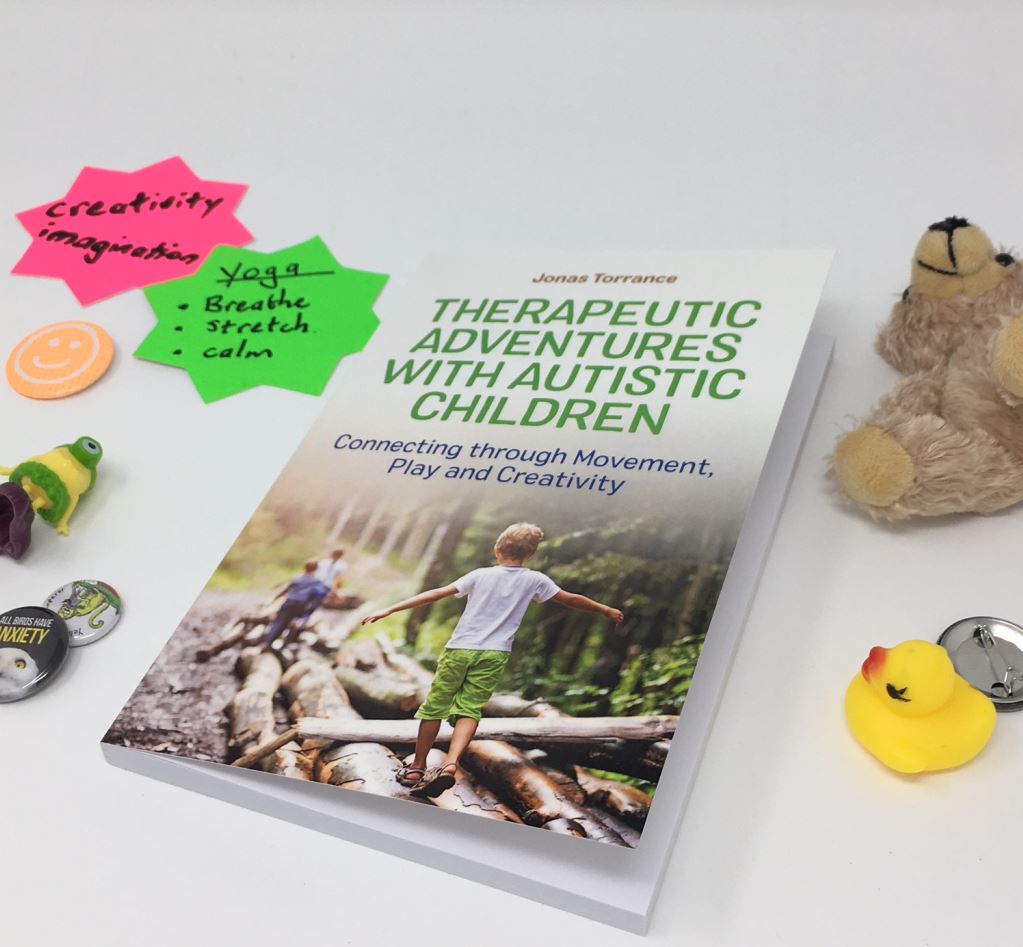 These days there is a good deal of understanding around the sensory issues that autistic children face. Ear defenders, for example, have become a common accessory for those with sensitivity to sound. But it’s important to realise that, to the autistic child, the ear defenders are not simply useful for reducing noise levels. The tightness of the headphones is also a factor – for some children this pressure gives them the sense of their heads being held together and contained.

Understanding that Jamie is acutely sensitive to touch is only part of the story. His teachers and carers need to understand the way he thinks as well as the way he feels. Although the pencil triggered a sensation in Jamie, the extremity of his reaction had more to do with the fact that he thought he was about to die.

Really there is no such thing as a solo sensory experience. Smells can trigger memories, sounds can trigger sensations in the body. Combinations of thought, emotion, and sensation can, understandably, be confusing and overwhelming.

When an autistic child is in a difficult situation, we need to ask, ‘What is happening for you?’ It’s essential to create a calm atmosphere, and then to give the child time to reflect on the difficulty. Sometimes paper and coloured pens can be useful, as a verbal explanation may not be what comes at first. Initially a colour; red, blue or orange might be the best way for the child to describe his or her state.

This simple act of colouring is the moment when the autistic child is showing you his or her world. From here, with time, it becomes possible to identify and separate out the sensory, emotional and cognitive strands of the crisis. Through this process, Jamie began to see a pencil touching his back did not mean that the wall of the classroom was about to collapse and he managed to re-join the class.

Only 1 week left of this special offer! Get 25% off while you still can ⏳

All you have to do is enter code JKPPRIDE25 at checkout on http://JKP.com!

"It is so comforting to read such a wealth of advice and tips from those who've been there and done it."