From America to Australia, and stopping off in every continent in between, these stories from the parents of autistic children highlight changing attitudes to autism. Autism Mothers Speak Out: Stories of Advocacy and Activism from Around the World debunks the lingering myth that autism is a result of bad mothering. This blog is adapted from the book’s introduction, written by it’s co-editor, Maggi Golding.

The term ‘refrigerator mother’, referring to the mother of an autistic child, came into common usage from the 1950s but reflected the views of psychoanalysts from the 1940s who focused on the mother’s psychopathology. The perception was that mothers of autistic children lacked warmth and were unable to mother their children. It was thus believed that they caused their children’s autism, and, because of this theory, it was likely that research and the understanding of autism was delayed for at least two decades. 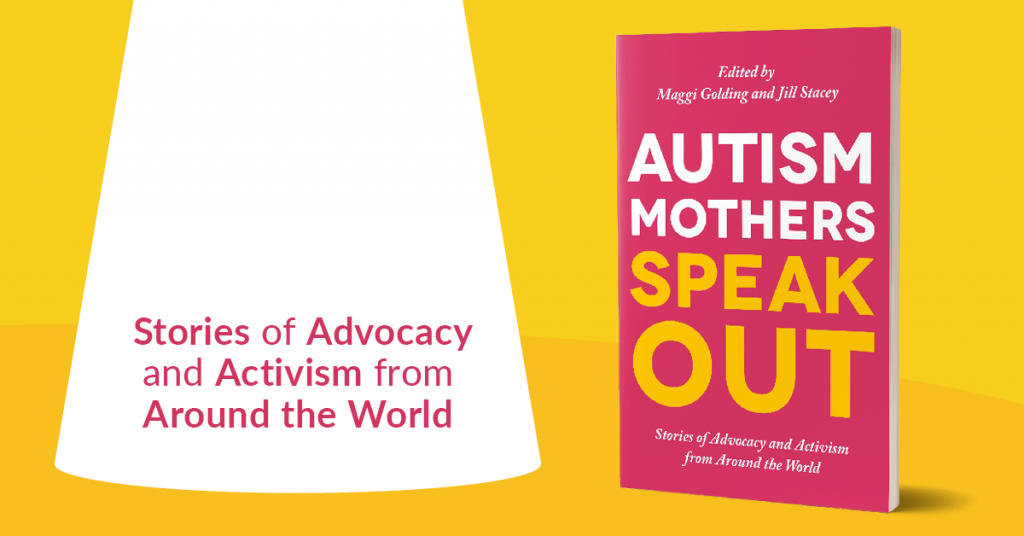 Dr Leo Kanner, an Austrian American psychiatrist best known for describing ‘early infantile autism’ in 1943, related the condition to what he described as a lack of warmth in the parents. In 1960, in an interview with Time magazine, he said that the parents just happened to ‘defrost enough to produce a child’!

However, by the late 1960s, this psychoanalytical theory began to lose its credibility due to several factors. Many professionals in the field were puzzled that these so-called ‘refrigerator mothers’ had produced non-autistic siblings. Where I worked at the time, at High Wick hospital, in informal talks with mothers, it seemed as though their psychoanalytical treatment was increasing their feelings of guilt about what they might have done wrong to be such ‘bad’ parents to their children with autism.

In conversations when they came to collect their children from the schoolroom, most of them said that they accepted the theory that they were   to blame and several of them said they were appreciative of the opportunity to have the treatment on offer so that they could undo the damage they had done. Their commitment to the time and energy given to their treatment was outstanding. It spoke of their devotion to the child with autism. I was confused!

Then, after Dr Bettelheim died in 1990, it was revealed that his life story had been misconstrued. Bettelheim had, in fact, invented his credentials  and  expertise on autism and had popularised the ‘refrigerator mother’ theory without adequate proof.

Now the theory is officially widely discarded in the UK, the USA and where we, the authors, reside – South Africa. But, the theory has not completely gone away and, globally, mothers of children with autism do not always get a ‘good press’.

In France and several other European countries, the theory still exists. In South Korea the ‘refrigerator mother’ is largely believed to be the cause of autism. As recently as 2012 in Ireland, Tony Humphreys of the University of Cork supported the idea of ‘frigid parenting’ being the cause of autism. In an article in the Irish Examiner on 3 February 2012 he suggested a link between autism and parents not expressing love and affection to their young children. He later defended his views on Irish national radio.

In discussions with many mothers from different cultures over a period of 40 years, I observed that receiving a diagnosis of autism affected them in many different ways but one of the first thoughts many expressed was, ‘What did I do or not do that might have caused my baby to develop into this child with social and communication difficulties, who is so different from other children and who cannot grasp the social rules governing everyday life?’ It was not uncommon to hear that their own families blamed the mother for ‘not disciplining’ the child, or that it was said, ‘We don’t have this on our side of the family.’ Mothers from some cultures were stigmatised as having ‘bad blood’ and it was not uncommon in some South African cultures to hear that the family was thought to be cursed and was treated accordingly.

All mothers talked about the shock of getting the diagnosis. Several of the mothers in different parts of the world expressed how traumatic it was to lose the child they originally thought they had. But inevitably, the mothers said how much this little person needed all the love they could give and that one had simply to carry on.

And carry on is what all the mothers who contributed to this book did, not only to benefit their own child but also to selflessly pave the way for others!

In deciding to put this book together we wanted to put ‘refrigerator mothers’ in the bin permanently – not to be recycled! The stories come from a variety of countries and the grown-up children are from different parts of the autism spectrum. In some cases, the language used may seem a little outdated, but we have kept it as it is to reflect the time and culture which the contributors are talking about.

The mothers’ stories of their journeys are truly a celebration of love.

Only 1 week left of this special offer! Get 25% off while you still can ⏳

All you have to do is enter code JKPPRIDE25 at checkout on http://JKP.com!

"It is so comforting to read such a wealth of advice and tips from those who've been there and done it."