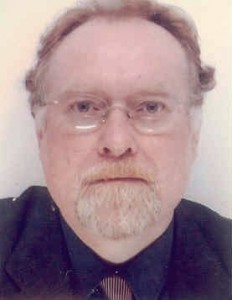 Professor Paul Cooper, BA, MEd, MA, PhD, CPsychol, AsFBPS, is the series editor of JKP’s Innovative Learning for All series, which features accessible books that reveal how schools and educators can meet the needs of vulnerable students, and encourage them to engage in learning and to feel confident in the classroom. This week, he’ll be answering some questions about the series and educating students with Social, Emotional and Behavioural Difficulties (SEBD).

Today, Professor Cooper weighs in on the debate about the new academies and free schools initiatives in the UK for children with SEBD.

For students with SEBD, what are the pros and cons of the academy and free school systems of education being championed by the new UK coalition government?

The history of educational policy ‘innovation’ tells us that the most vulnerable and at risk pupils are often ignored or, at best dealt with as an afterthought. Consider the 1944 Education, which established the right to free (i.e. state funded) secondary education for all. Though it wasn’t until 1945 that attention was given to students who we would now consider to have ‘special educational needs’. The point being that the assumptions on which the 44 Act were based did not take into account the full diversity of the potential student population. The greatest scandal of all in relation to this is the fact that it was not until the 1970 Education Act – a full 26 years later – that the right to free education was extended to an estimated 30,000 students with severe learning difficulties. To this day the law tolerates the annual permanent exclusion of in excess of 8,000 students per year, and the annual temporary exclusion of some 150,000 pupils. The supposedly most radical educational reform since the 44 Act – the 1988 Reform Act – showed a similarly myopic view. The central principle of the Act which was the claim to offer the same wide and balanced curriculum for all – except, it was decided as an after thought – certain pupils for whom this ‘entitlement’ could be ‘disapplied’. This all goes to show that government rhetoric concerning education often falls short of the reality. The job of secretary of state for education too often falls to politicians who have prejudicial, ‘hobby horse’ views, or who lack competence, or who use the role as a brief political stepping stone to higher office.

The current ideologically and cost driven, indecently hasty drive to increase the number of directly funded ‘academies’ is a typical example of a dramatic but ill thought out education policy. A local authority has a legal responsibility to make provision for the education of all children within its jurisdiction. This includes those students whom some schools might determine to be ‘inappropriately placed’ in their institutions, or those they choose to exclude. There is not space here to explore the myriad ways in which academies will be able to exploit this situation, though it is obvious that this policy is unlikely to serve the needs of potential excludes.

The free school initiative is vague and unformed at the present time, though it seems to suggest that communities may in the future have the right to establish their own local schools with government funding. In this case the question is who speaks for the community? Is the local free school likely to be informed by the views of the families of students who are deemed to present with SEBD? This seems unlikely. If academies and free schools are the future state of education in the UK then we are heading for what the distinguished educationist David Hargreaves predicted almost 20 years ago: the idea that local authority schools will come to serve an increasingly ‘custodial’ function, dealing with those students who are considered undesirable by the majority of schools.

Check back tomorrow when Professor Cooper introduces the key resources for teachers in the Innovative Learning for All series.