A Guide to Mental Health Issues in Girls and Young Women on the Autism Spectrum: Diagnosis, Intervention and Family Support is the first book to look specifically at how mental health issues relate to girls and young women with autism, covering theory, research and tailored interventions for support.

In this extract, taken from Chapter 6 on Anxiety and Depression, author Dr Judy Eaton explores the results of a number of studies into anxious behaviour in girls and young women on the autistic spectrum. 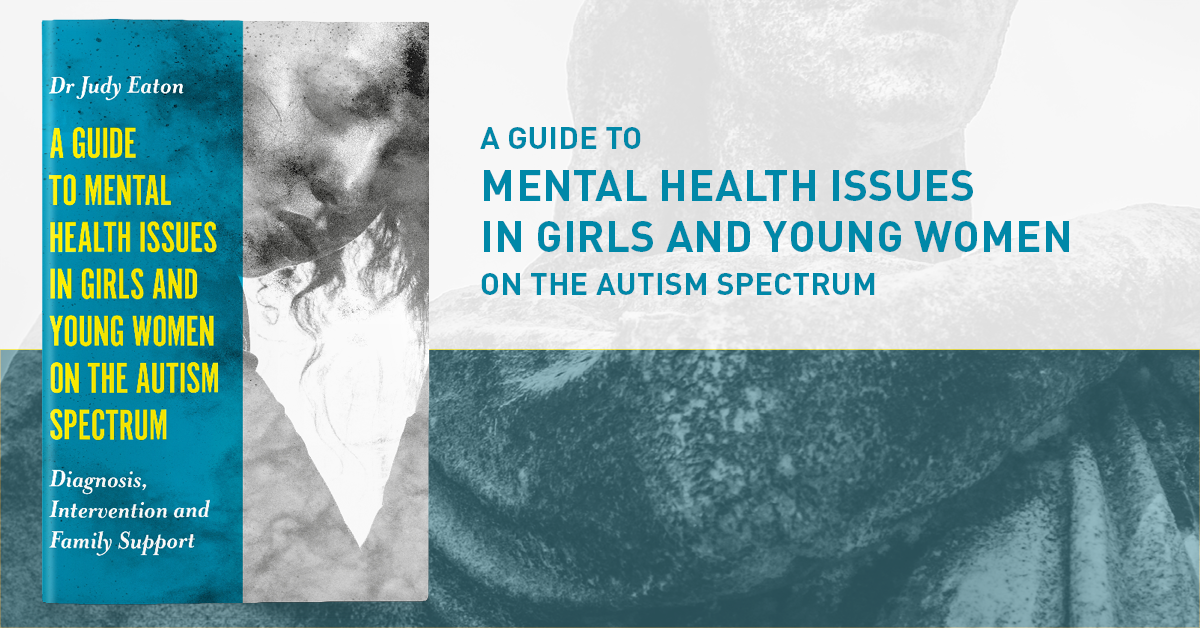 Evidence suggests that an estimated 40 per cent of individuals on the autism spectrum will suffer from high levels of anxiety (Van Steensel, Bögels and Perrin 2011). Clinical experience would suggest that this figure is likely to be higher, particularly amongst those with the pathological (or extreme) demand avoidance profile. In an earlier version of the DSM, DSM-III (APA 1980), ‘sudden excessive anxiety’ and ‘unexplained panic attacks’ were included amongst the core criteria for a diagnosis of autism. However, subsequent versions of the DSM (IV and V) do not include this. The reason for this is not entirely clear. Hallett et al. (2013) cite the meta-analysis by White et al. (2009) which found that between 11 per cent and 84 per cent of children with a diagnosis of autism display anxiety. Of the 31 studies analysed 30 per cent were diagnosed with specific phobias, 17 per cent had obsessive compulsive disorder, 17 per cent had social anxiety and 15 per cent reported features of ‘generalised’ anxiety. Their results suggested that children with autism were twice as likely to develop anxiety disorders compared with their neuro-typical peers. High levels of anxiety have a negative impact upon education, social relationships and social participation and on other members of the immediate family group (Reaven 2011). There is also an increased likelihood that these anxiety disorders will persist into adulthood.

The presence of anxiety in those with autism is well documented. However, less has been researched and reported regarding what specifically, in terms of traits or particular triggers, affects anxiety levels. Liew et al. (2015) looked at social problem solving, social competence, the experience of being teased or bullied and being deterred from engaging in repetitive or sensory behaviours. Whatever the cause, anxiety levels amongst those on the autism spectrum are much higher than those experienced or reported in either the general population or in other neurodevelopmental conditions (Gadow, DeVincent and Schneider 2009; Green et al. 2000). It has also been reported (Micali, Chakrabarti and Fombonne 2004; Piven et al. 1991) that anxiety-related disorders are also more common in the relatives of individuals with autism. Settipani et al. (2012) and Puleo and Kendall (2011) also reported that the higher the level of autistic traits (even without a formal diagnosis) in adolescents with anxiety disorders, the greater the resistance to traditional cognitive behavioural interventions was compared to adolescents with fewer autistic traits. These studies also found that the causes of social anxiety and the causes of obsessive compulsive behaviours in individuals with autism were different, and they responded to different interventions. Social anxiety is likely to be reduced or at least supported through social skills training, more specifically through interventions which aim to improve social problem solving. The authors also found some support for their hypothesis that linked either punishment for, or prevention of, repetitive behaviours and/or sensory processing difficulties to higher levels of anxiety related compulsive behaviours. They suggested that interventions for managing this type of anxiety might be more effective if the focus was upon developing an understanding of the individual’s need for repetitive behaviours and their sensory needs.

This is of particular relevance to parents living with girls on the autism spectrum who display high levels of anxiety and who tend to be focused upon playing computer games or viewing YouTube videos whilst they are at home. Parents are often concerned about the extent to which this type of activity is useful and whether or not it should be encouraged. In view of the research results, it may be that acknowledging the need for a certain amount of repetitive behaviour, certainly in the immediate time after the young person has been at school or engaging in socially draining interaction, could be helpful in reducing anxiety levels.

With regard to sensory processing difficulties, a study by Wigham et al. (2015) further explored the link between anxiety, sensory processing difficulties and repetitive behaviours in individuals with autism. Wigham et al. (2015) aimed to examine these links with specific reference to the ‘intolerance of uncertainty’ (IU). Dunn (1997) reported that sensory input can be experienced as heightened and unpleasant or alternatively as a reduced or ‘dulled’ sensation. Both types of response can occur in the same individual and can fluctuate over time. Green et al. (2012) studied toddlers with an autism diagnosis and found that sensory overresponsiveness predicted higher levels of anxiety. In a later study, Green et al. (2013) further examined young people with a diagnosis of autism using fMRI scanning of their brains. They found higher levels of activation in the sensory areas of the brain in those young people who reported sensory over-responsiveness. They also found increased levels of activation in the areas of the brain associated with emotional responsiveness, namely the amygdala, the hippocampus and the orbito-frontal cortex which they felt suggested a strong link between sensory processing difficulties and emotion regulation, including anxiety. In addition, ‘insistence upon sameness’ was suggested by Lidstone et al. (2014) as a strategy used by individuals with autism to control their environment and thus manage their anxiety levels.

Wigham et al. (2015) also explored the concept of ‘intolerance of uncertainty’. This is a theoretical model which was initially developed for a non-autistic population (Dugas et al. 1998). The main principle of this model was that uncertainty is stressful and can be anxiety-provoking. In addition, unexpected events can be negative. This construct has been widely tested across a variety of anxiety disorders with the general population and may have a neurological basis (Grupe and Nitschke 2013), presumably as a way of maintaining survival and safety at a very basic level. This may in part link with the resistance to change and insistence upon sameness observed in individuals with autism.

Wigham et al. (2015) suggested that psychological interventions for young people with autism should incorporate specifically targeting cognitions around IU and encouraging them to develop more flexible thinking in the face of uncertainty and that this may help to reduce anxiety.