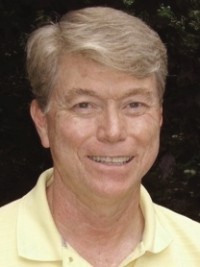 My book, Social Enjoyment Groups for Children, Teens and Young Adults with Autism Spectrum Disorders: Guiding Toward Growth, outlines the philosophy regarding teaching social enjoyment to persons with an ASD. The groups, which are then presented in detail, are designed to teach the important skill of social enjoyment to young people from the age of five through young adulthood. These groups can occur at school or at community sites.

Before entering private practice, I worked for twenty-six years as a school social worker. There I was introduced to children with autism. But I also met another group of children – children who had great difficulty understanding and interacting with the social world around them, but who did not meet the diagnostic criteria for autism. I began to develop services for these students – even though there was no “label” for them. Later, these students were identified as having Asperger’s Syndrome.

During my first months of private practice, I was asked by the parents of two bright, well-educated young men to help get their sons “out of the basement” – where they spent hours surfing the net and buying/selling on on-line. I tried, but I was not successful. Both young men were terrified of basic social situations that had occurred at work – interactions like being asked about current events by co-workers, knowing what to say at office retirement events, etc.

I realized I was starting too late. Social enjoyment, as both an important life and employment skill, needs to be taught and practiced as early as possible. We need to provide our young people with safe, predictable situations to practice enjoying a social interaction. The successes I’ve seen in my own work demonstrate that social enjoyment is indeed a skill – and thus, can be learned.

In the USA where I practice, 1 out of every 110 babies is born with an ASD. The world cannot afford for these individuals to grow into adulthood with a high degree of social anxiety and thus a strong tendency toward social avoidance. Supporting the young people with welfare programs will be hugely expensive for countries, and a less than desirable life for the individuals.

Let me be clear. Social Enjoyment groups are not designed to replace social skills groups and social skills curriculums. These provide essential core knowledge. They create a sturdy foundation upon which the individual can build more skills. In my conception, social skills groups are the foundation of the ASD person’s “house”, and Social Enjoyment skills are the first floor. Part of my job is to then build on the Social Enjoyment skills to create solid employment skills. (In my next book, I plan to describe our efforts to work with buildings and corporations in order to create the understanding that “neuro-typical” employers and co-workers will need in order to create supportive work environments for ASD employees.)

Last Thursday, a mother of one of my fourteen year-old group members approached me. She was so excited that she came up to me during group time. With a huge smile on her face, she told me that something terrific had happened that weekend. Her church held a dinner to collect presents and money for assisting persons in poverty during the upcoming Christmas season. She was working in the kitchen. During the dinner, she peaked out to see if her son was okay. She was astonished – and very pleased – to see him sitting with a group of students from his confirmation class. They were all laughing and talking.

This was the first time she had ever seen him include himself with his peers. At every other event he had quickly eaten and then retreated to a corner with a book or a Gameboy. He had, partially through the practice he had during his Social Enjoyment groups, developed enough ease and confidence to join a spontaneous group. This is the kind of story that fuels my passion for this work.

John Merges is a Licensed Independent Clinical Social Worker, currently working in private practice with young people with ASD and their families. He is based in the Twin Cities of Minneapolis and St. Paul, Minnesota. For more information about John’s work with people with ASD and their families, teachers, businesses and other professionals, visit www.johnmerges.com.