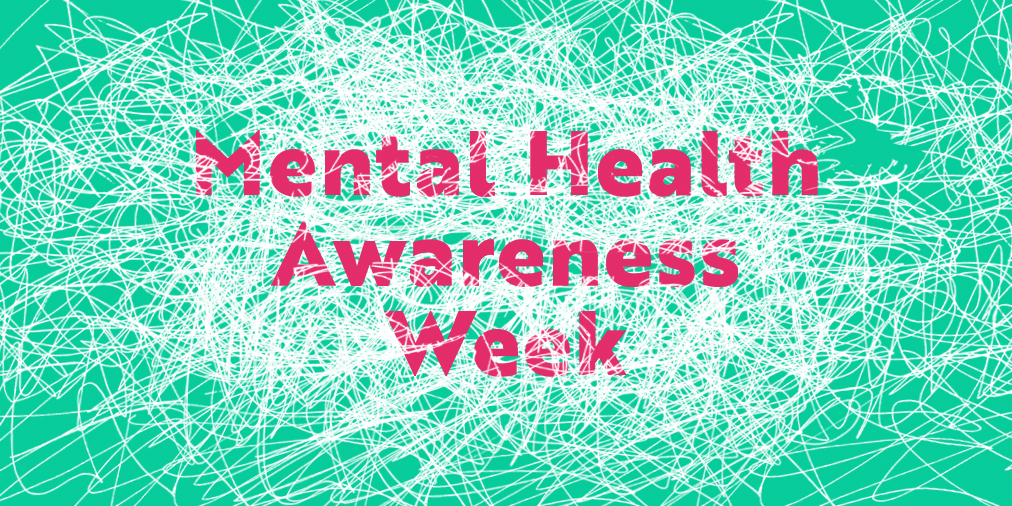 Ahead of its publication next month, here is an exclusive extract from Dave Chawner’s upcoming title Weight Expectations: One Man’s Recovery from Anorexia. This extract has been pulled from the first chapter.

Hi, I’m Dave. Welcome to the book, it’s lovely to meet you. Grab a seat, have a cuppa and make yourself at home. (Nice top, it suits you… No, really, it does.) Are you comfy? You sure? OK, I’ll stop fussing.

You might be wondering who I am (don’t worry, you’re not the only one; my agent does too). I’m a stand-up comic. This is the book of my show Normally Abnormal.  It’s all about how I slipped into anorexia, and how I got out. Basically, it’s an explanation of eating disorders from the inside looking out.

Please don’t leave!!! Don’t worry, this IS NOT some proper drab pity party.  Eating disorders are serious, but that doesn’t mean we have to be. This isn’t ‘Chicken Soup for the Soul’ (I’m vegetarian, so that’d be wrong on so many levels). My mum always used to say, ‘Life’s all about the journey, not the destination.’ She told me to focus on the journey and forget about the destination (which is how she lost her job as an ambulance driver).

This book is fun, funny and helpful (or at least it’s meant to be). It’s OK to have a giggle. In fact, I’d prefer you did. When I was going through the anorexia, one of the worst things was that people began to treat me differently – like something fragile that might break at any point. That was proper isolating. People with eating disorders are just people. They’re not going to bite (especially the ones with anorexia).  There’s no need to be scared to talk about this stuff – we all have health, we all have mental health and some of us have mental illness. That doesn’t mean they’re any different. You wouldn’t be worried to talk to someone with a sprained ankle, so why treat someone with a mental illness differently? So, if you think you’re struggling, that’s OK. It’s not a choice, it’s not a weakness and it’s not something to be ashamed of.

This is the book I wish I’d had when I didn’t know anything about anorexia.  All the stuff I could find was serious, clinical or seriously clinical.  If I hadn’t been worried before reading it, I sure-as-shit was afterwards. I didn’t need a medical textbook; I just needed honesty. That’s one of my biggest aims here: to be honest.  And it’s been bloody difficult.

Sometimes it’s tempting to massage the truth to make the story more ‘Hollywoody’. But I’ve tried  to avoid that because I’ve found  that  the most extreme stories  are the ones that  get all the attention. That’s because they’ve got the shock factor (which is like The X Factor only a lot more exciting). People minutes away from death, weighing less than a Styrofoam cup and looking like a human toast- rack will flog newspapers, get people watching or clicking links. However, they’re not most people’s experiences of an eating disorder. It’s hard to tell when a social drinker becomes an alcoholic, and it’s same with eating disorders. The extreme cases are just the tip of the iceberg. For every story you might see in the Daily Mail, there are hundreds that don’t get reported because they’re not ‘exciting’ enough. So, by being honest about my experience, I want to change that.

And being blunt,  my story  isn’t extreme – I’d never gone days without eating, I’d never  fainted or been tube- fed (unless you count Pringles). For a long time it was something I was embarrassed about – how could I consider myself anorexic if I wasn’t as extreme as all these people I kept  reading  about?  It made me feel like a failure and that kind of made it all worse. But mental illness isn’t a dick-swinging contest of ‘I was more ill than you’. So you won’t find any mention of weights, BMI or size here – for two reasons. The first is because I’m not a cow that’s being sold off at market. The second is because none of that information is important. Anorexia’s a disease of the mind, not the body. It isn’t about how skinny you are; it’s about how much it affects you. As soon as you start moving away from numbers and start focussing on people it becomes a lot more helpful.

Which reminds me – something I want to be clear about: this isn’t an autobiography. It’s about my experience rather than about me. I was worried about writing this book – I didn’t want it to come across as self-indulgent life advice from a middle-of-the-road comic. I’m well aware I haven’t split the atom, found a cure for cancer or discovered Atlantis.  So this isn’t really a story about me, in the same way that Animal Farm isn’t about some naughty pigs and Lord of the Flies isn’t an account of a school trip gone wrong. Sometimes stories are more important than the people they happen to.

Oh, yeah, I’m a bloke! For some reason, people are always interested in that as well. A lot of people ask, ‘What’s it like being a man with anorexia?’ but I’ve never been a woman with anorexia, so I don’t really know how to answer that. I know some men feel it’s tricky talking about this shit because eating disorders can be seen as something that  affects lady-women more than  men, but we’re trying to change that.  Illness isn’t about gender: if you’ve got an eating disorder, you’ve got an eating disorder – end of! If I had tooth decay, people wouldn’t be interested if I’m male or female. It’s the same with eating disorders. It doesn’t matter what junk you’ve got between your legs – eating disorders don’t discriminate. So, if you’re a bloke, and you think you might have an eating disorder, it doesn’t make you any less of a man to go get help. You’re not alone. In fact, the first recorded case of anorexia was actually a man. Surprised? Well, here’s some other nifty little facts:

This isn’t QI, though.  All I mean is that eating disorders are a big fucking deal. They’re not about vanity, attention seeking or making something out of nothing.  They’re psychological diseases with a higher mortality rate than any other mental illness. I promise to keep it light, though (of course I will – I’m a recovering anorexic) but I just want to get across that although I might sometimes dick around, this is a big problem.

Also, I’ll be honest:  I don’t have all the answers.  I’ve been talking about this stuff for nearly half a decade and I still find it tricky to make sense of. There’s so much crap I don’t understand (if ignorance is bliss, then I’ve reached nirvana). I’m not a psychologist; I’m just a professional idiot. So I turned to some people who might help make sense of things.  A lot of academicky human-people use this thing called the Transtheoretical Model (sounds sexy, doesn’t it!). It’s basically an order of phases you go through when changing behaviour. Adjustments in behaviour happen over time; they don’t just go in one big jump.

That’s why I’ve split this up into six sections – to tell the story through what was happening at each point. At the end of each section I’ve given some ideas of what would have been useful for me at the time. These are not medically verified; they’re just some of the things I wish I’d have thought about/had at the time.

That’s another thing as well: I’ve included music suggestions. You see, I’ve always wanted to write a book, so I’m really pleased you’re here. I love books but there are a lot of them and a lot of good ones. I can’t contend with To Kill a Mockingbird, 1984 and Great Expectations. So that got me thinking: how could I make books better? Which is why I decided to give this one a soundtrack. I’m sure I’m infringing some copyright laws, but sod it – I want my book to be fun. I’ve created a playlist for every section of the book. These are songs to listen along to while reading. Some of them  are just tracks I was listening to at the time; others  are there  because they explain  what  I’m trying  to say in a much better way than  I can. Feel free to judge my music taste…everyone else does. Generally, I’ve got the music taste of a prepubescent girl, but I’ve tried to include something for everyone.

If you have any comments on my music taste, my book or just want to say ‘hi’, please tweet me @DaveChawner. While you’re on the internet, if you want to see me in action, my website is www.davechawner.co.uk. You can also check out my TED Talk from the comfort of your own home for free. Just search ‘My Battle with Anorexia – Dave Chawner’ on YouTube and you should get there.  If you’ve enjoyed it, please leave a comment. If you’ve enjoyed it, please recommend it. If you haven’t…please keep schtum!

Now, let’s sit down, have a cuppa and get comfy. It’s time for you to relax; you deserve it (of course, I don’t know that for certain, but you‘ve bought this book, so in my mind that makes you one of the best humans on the planet).  OK, let’s crack on…and that top really does suit you.

If you would like to read more articles like this and hear the latest news and offers on our Social Work and Mental Health books, why not join our mailing list? We can send information by email or post as you prefer, and please also tell us about your areas of interest so we can send the most relevant information. You can unsubscribe at any time.